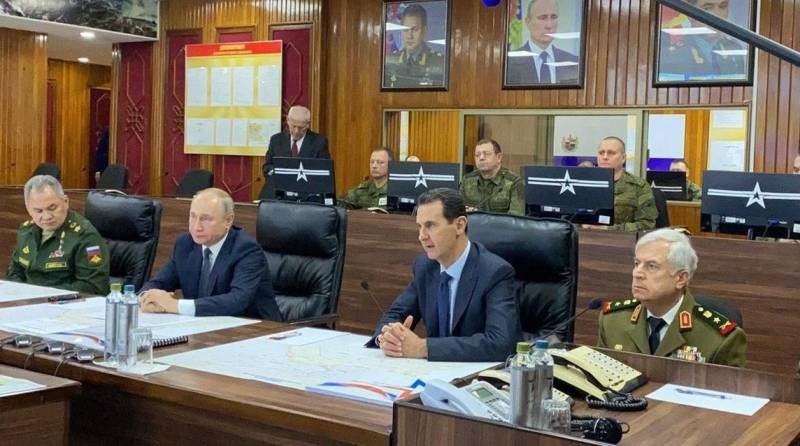 Russian President Vladimir Putin made a surprise visit to Syria and held meeting with his counterpart Bashra Assad and other officials.

The meeting, which was held in a Russian military base in Damascus, comes amid recent escalation between Iran, a key ally of Syria, and the US following the killing of a top Iranian general in Baghdad airstrike.

This is the second visit of the Russian president to the war-hit country which is being supported by his for years. Russian troops also formally entered Syria’s civil war in 2015, allowing its troops to recapture most of the area from militants.

According to Kremlin spokesman Dmitry Peskov, Putin told Assad that “the signs of peaceful life are visible to the naked eye on the streets of Damascus.

“A huge distance has been passed on the way to restoring Syria’s statehood and territorial integrity,” Peskov quoted Putin as saying.

The two leaders were also presented with military reports on the situation in different regions of Syria during the meeting.

Putin's first trip to Damascus took place in 2017 when he visited the country's Khmeimim Air Base in the western Latakia Province.