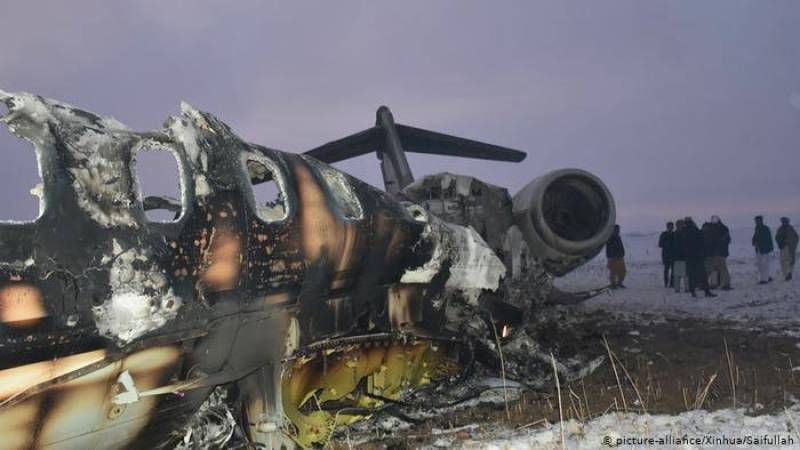 GHAZNI - The Taliban claimed downing a US military aircraft in eastern Afghanistan.

Pentagon has confirmed that its military jet has crashed in an area controlled largely by the group.

An American spokesman in Kabul said a US Bombardier E-11A crashed on Monday in Ghazni province, Afghanistan. “While the cause of crash is under investigation, there are no indications the crash was caused by enemy fire.

Taliban spokesman Zabihullah Mujahid said in a Pashto-language statement that “An aircraft of American occupiers has crashed in Ghazni province”, adding that all the crew members onboard had been killed.

Footage published by a Taliban-affiliated account showed a people speaking Pashto walking around a crashed plane that looked similar to a craft used by US forces in Afghanistan.

The Bombardier E-11A is a US Air Force electronic surveillance plane.