According to the buzz, Noor remarried her third husband Awn after getting divorce form her fourth husband. 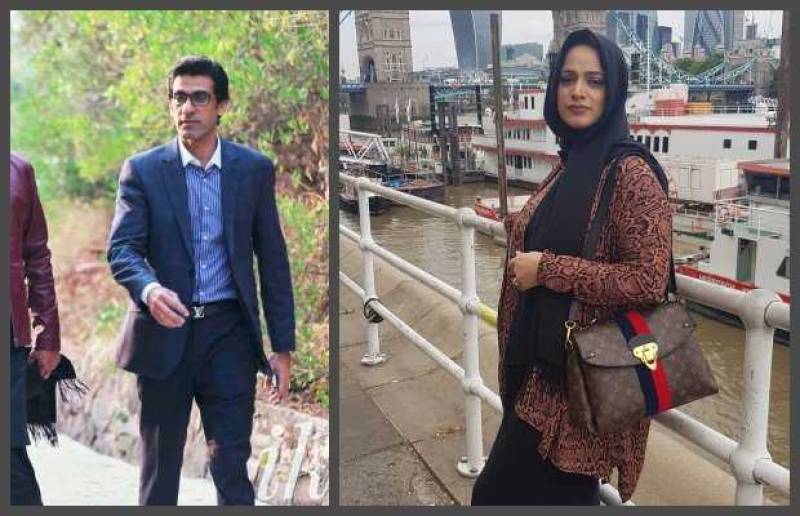 LAHORE - Former Pakistani film star Noor Bukhari has decided to remarry her ex-husband Awn Chaudhry as she leaves a hint on a social media post, while Amir Liaquat also endorsed the rumours.

According to the media reports, Noor, who left showbiz two years ago has remarried her third husband Awn Chaudhry, making it her fifth marriage. However, responding to it, former Lollywood ruled out the rumours about her fifth marriage and urged the media to stay away from running fake news about her personal life, but her latest post has left her fans guessing over.

There were tons of replies over her post and many were congratulating her over her marriage. However, official reports have yet to be confirmed.

Among many commenting over her post, also include Noor’s sister Faria Bukhari who commented saying, “MashaAllah, may Allah protect from the evil eye”. Meanwhile, an official endorsement came from PTI MNA, Dr. Amir Liaquat. In a tweet, he revealed that Noor has decided to remarry Awn because of their daughter and paid his respects to Noor over her decision.

She was first married to a businessman named Vikram in 2008 but divorced two years later. Noor, 37, married Farooq Mengal in 2010, which lasted less than a year. Noor got married to Awn Chaudhry in 2012 and has a daughter with this marriage but it also only lasted a few months.

Noor Bukhari got married to Wali Hamid Khan in 2015 that was her fourth marriage. This marriage did not last long due to domestic disputes. In September 2017 Noor took Khula from Wali through the court.