Bridging gaps: US college aims to bring Pakistan-India students together 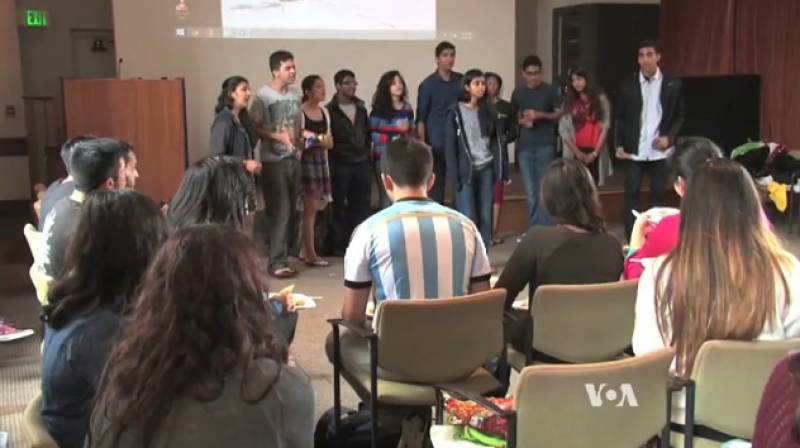 LOS ANGELES (Web Desk) - Despite almost 70 years of hostile relations between Pakistan and India, a US college makes efforts to bridge gaps between students from the two countries.

University of California-Los Angeles class in Hindi and Urdu tries to dispel myths about people from these neighboring countries and bring them closer to each other, reports Voice of America.

A Pakistani student, Aqsah Choudhary said that on the first day of her Hindi-Urdu class at the university everyone, Pakistani and Indian students were sitting together.

Gyanam Mahajan, who teaches language and culture classes at UCLA said, "Hindi, one of the official languages of India, and Urdu, the national language of Pakistan, are so similar that speakers of one can understand the other, even though the writing systems are different."

The students say a class like this one would never be offered in Pakistan or India. "As I say in my class, the future of South Asia is actually here in this country," Mahajan said.