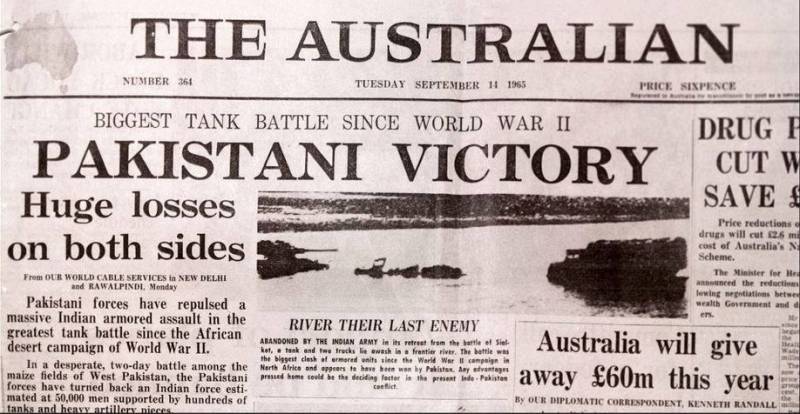 NEW DELHI (Web Desk) - Prime Minister Narendra Modi has decided to celebrate the 1965 war as a "great victory" for India on its 50th anniversary, with a "commemorative carnival" being planned, and a new book on history of the war that unabashedly concludes: "India won the war."

Commissioned by the Indian army's official think-tank Centre for Land Warfare Studies, the new book titled '1965, Turning the Tide: How India Won the War' has been written by defence analyst Nitin Gokhale, reported Times of India.

The book is part of the Indian defence ministry's ongoing major project to rewrite histories of all wars and major operations to make them "simple and reader-friendly".