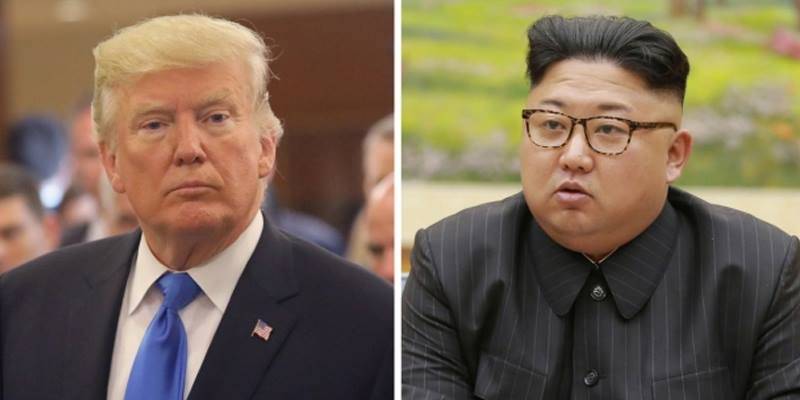 Announcement for the meeting was made by Chung Eui-yong, a South Korean official after talks with Trump at White House on Thursday evening.

Chung along with other officials conveyed a message of invitation from Kim, saying the North Korean leader was "committed to denuclearisation" and had "pledged that North Korea will refrain from any further nuclear or missile tests". Chung said, “He [Kim] expressed his eagerness to meet President Trump as soon as possible".

The White House on Thursday evening confirmed that the US president had accepted the invitation.

The South Korean official said that Trump had agreed to “meet Kim Jong-un by May to achieve permanent denuclearization.”

The US president also hailed the progress but added that sanctions imposed on the country will remain in place.

Trump tweeted as, "Kim Jong Un talked about denuclearization with the South Korean Representatives, not just a freeze. Also, no missile testing by North Korea during this period of time. Great progress being made but sanctions will remain until an agreement is reached. Meeting being planned!".

He said, "If President Trump and Chairman Kim meet following an inter-Korean summit, complete denuclearisation of the Korean peninsula will be put on the right track in earnest".

The invitation for holding the meeting comes after Chung met Kim on Monday in Pyongyang. However, the place for the meeting has not been finalised.

The expected meeting between the leaders, who have been traded threats, is seen as a great diplomatic overture. Trump would be first sitting president of America meeting leader of North Korea.

The New York Times said, "Trump himself has repeatedly vowed that he would not commit the error of his predecessors by being drawn into a protracted negotiation in which North Korea extracted concessions from the United States but held on to key elements of its nuclear program".

In January 2018, North Korean leader Kim Jong Un warned the United States that the nuclear button was always on the desk of his office, raising alarm bells in Washington.

"The entire mainland of the US is within the range of our nuclear weapons and the nuclear button is always on the desk of my office. They should accurately be aware that this is not a threat but a reality," said Kim during his annual New Year's Day address.

He made the statement after the UN Security Council unanimously adopted a new set of US-drafted sanctions on North Korea for its November ballistic missile test, seeking to limit its access to refined petroleum products, crude oil and its earnings from overseas workers.

In the past, an effort - the Six Party talks - to settle dispute between two countries collapsed in 2008, after North Korea refused to allow inspectors to verify if the nuclear program has been closed down.