British weightlifter nearly kills himself during inhuman feat of strength 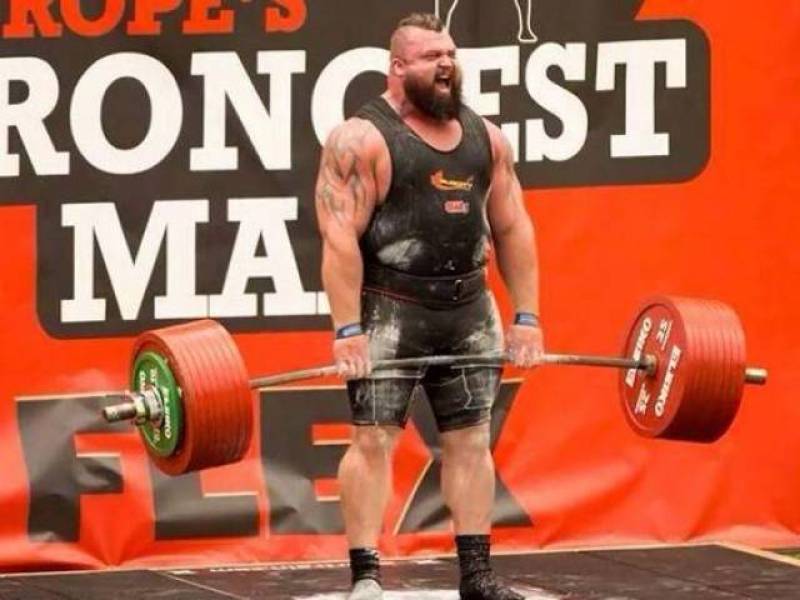 ENGLAND - Strongman Eddie Hall broke the world deadlift record, but it nearly cost him his life.

On Saturday, Hall broke the old world record by lifting 500 kilogrammes, which comes out to 1102.31 pounds, while competing in the World Deadlift Championships in England.

The 28-year-old strongman became the first man to lift half a tonne at the First Direct Arena in Leeds, but he immediately collapsed afterwards and revealed that a blood vessel burst in his head.

“That nearly killed me,” Hall told the Yorkshire Evening Post. “The pressure on my body was surreal. I passed out after that. I had nose bleeds. It’s not healthy doing something like that.”

However, Hall believes that the mark will stand for the foreseeable future. “But I’ve done it. I’m sure it will be in the history books for a very long time,” he said.

“I don’t want to do it again, but if it comes to the point where somebody breaks it, I may just do so,” he said.

“It’s that great feeling, like the first man on the moon, the first man to run a mile in under four minutes. And now I’m the first to deadlift half a ton. It is history and I’m very proud to be a part of it,” he added.