Texting Lane for phone-focused US students 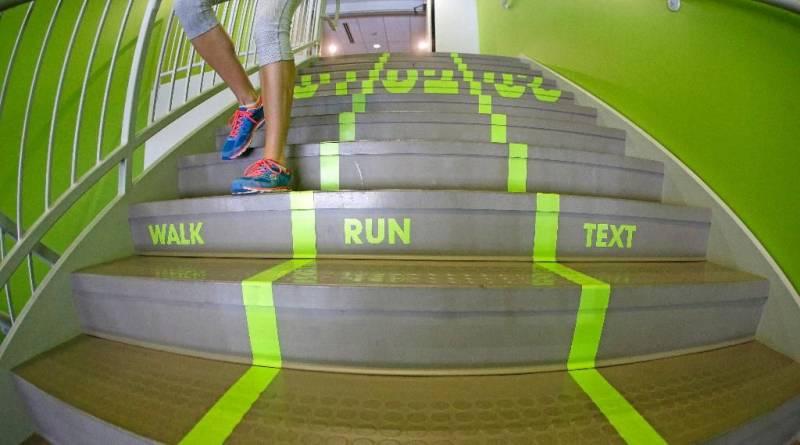 SALT LAKE CITY (Web Desk) - An Utah university is giving students glued to their cellphones a place to call their own: a designated lane for texting while walking.

The neon green lanes painted on the stairs to the gym at Utah Valley University were intended as a lighthearted way to brighten up the space and get students' attention, spokeswoman Melinda Colton said.

And it worked. A picture of the lanes - which divide the stairs into sections for runners, walkers and texters - created widespread buzz on social media this month after it was posted online.

Though the lanes are limited to the school's recreation center, 22-year-old student Tasia Briggs wouldn't mind seeing them catch on across campus.

"There's nothing worse than walking behind someone who's texting, and you can't get around them and go anywhere," Briggs said. She added smartphone messaging - whether through texts, Twitter, Snapchat or Instagram - is a big part of how her generation communicates, and it's cool to see the college acknowledge it.

Utah Valley University is in Orem, 40 miles south of Salt Lake City, and has an enrollment of about 31,000.

Student Chelsea Meza, 22, says the lanes touch on a cultural reality in an age of ubiquitous cellphones. 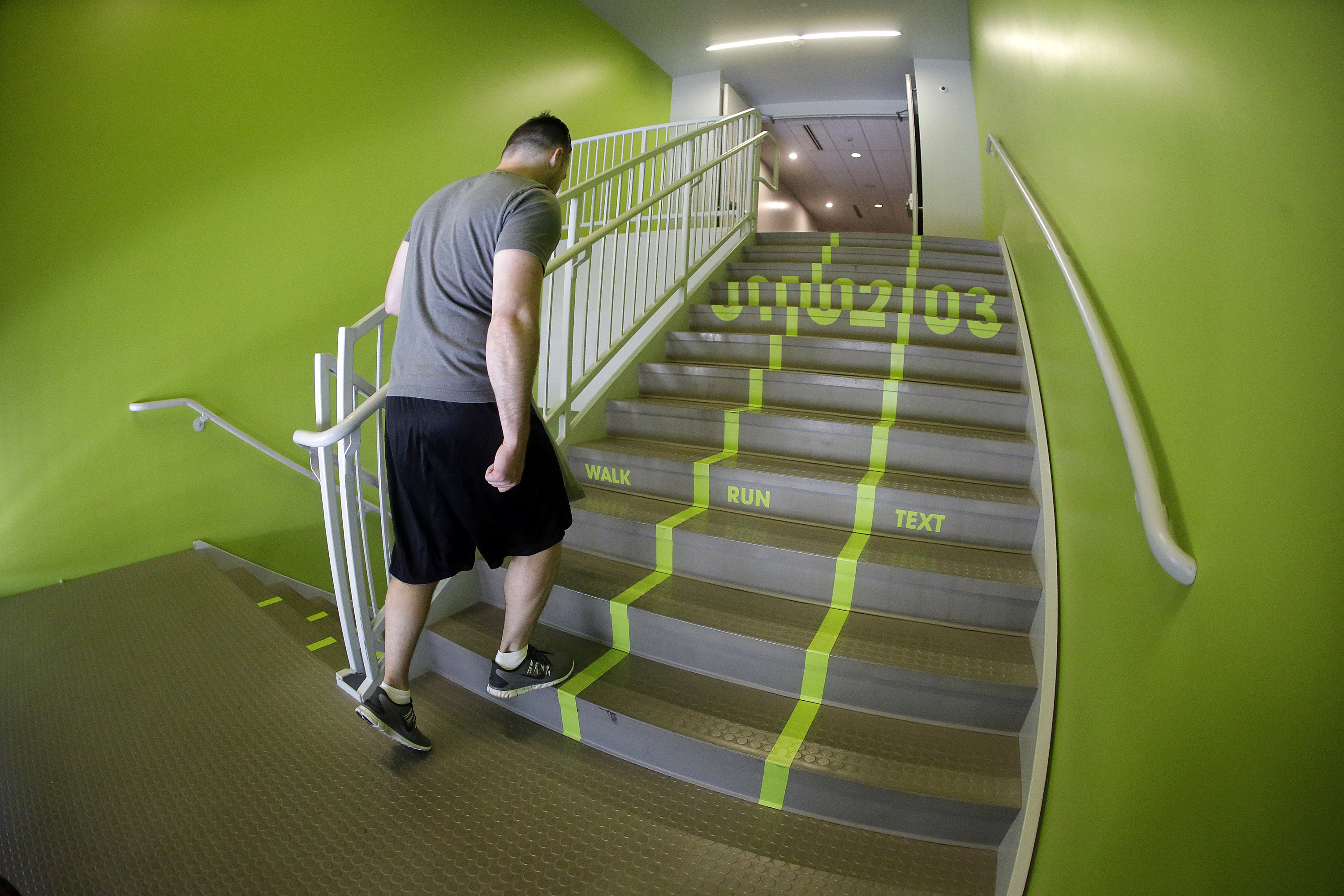 "It's kind of funny. You walk down the hallway and instead of saying hi, everyone is walking and texting," she said. Though the lanes weren't designed to curb a texting problem on campus, about half of students who see the lanes really use them, Meza said.

Though Colton says she hasn't heard of the concept at any other colleges, it's not the first time anywhere that it's been tried.

The Chinese city of Chongqing last year created a smartphone sidewalk lane that was intended to be ironic while also reminding people that staring at phones while on the go can be dangerous.

Officials said they got the idea from a similar stretch of pavement in Washington, DC, created by National Geographic Television as part of a behaviour experiment. The smartphone lanes attracted attention there too, but people using their phones generally didn't notice them.

At Utah Valley University, the idea came from a group of students and staff who wanted to spice up a gray staircase in the new Student Life & Wellness Center, said Sam Hadlock, a student designer on the team.