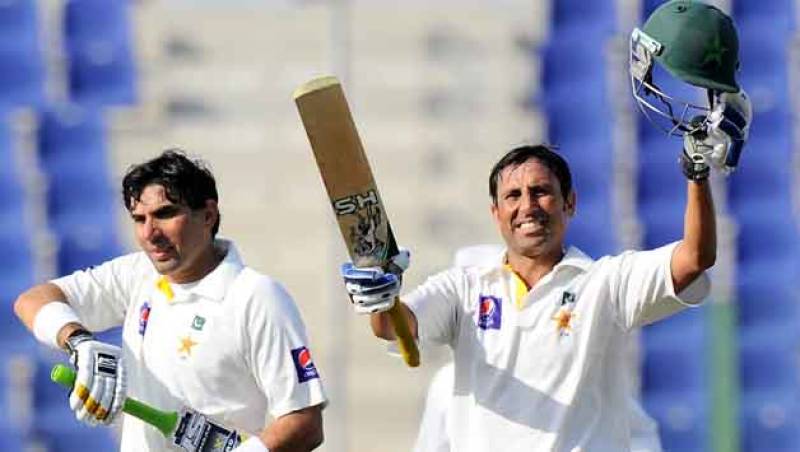 PALLEKELE (Web Desk) - Pakistan defeated Sri Lanka in third and final Test by seven wickets on Tuesday as Shan Masood and Younis Khan compiled unbeaten centuries to keep Pakistan in the hunt for a landmark victory in the series-deciding.

Younis Khan steered his team towards a historic victory as Pakistan chased down a mammoth 377 on the final day to clinch the third Test and the three-match series.

Pakistan sealed their highest run chase and the second highest in the sub-continent with the win.

Shan Masood fell for 125 but Younis Khan continued from where he left off on the fourth day as Pakistan achieved the target for the loss of just three wickets at the Pallekle International Stadium.