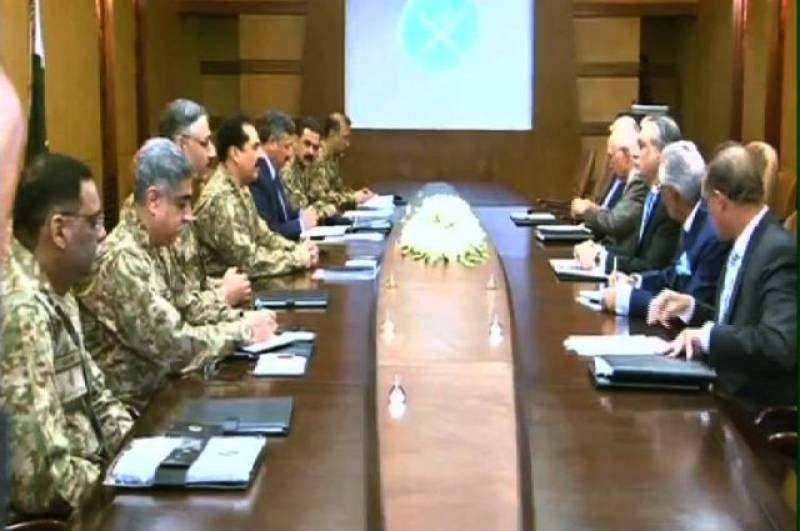 "The meeting was also attended by Chief of the Army Staff, Director General Inter-Services Intelligence, and other senior military officials," the ISPR said.

Participants discussed various issues related to external and internal security situation of the country, including the China-Pakistan Economic Corridor (CPEC).

The successes of operation Zarb-e-Azb were acknowledged at the meeting and it was agreed that "our achievements in bringing stability in the country will have to be sustained whatever it takes."

Reaffirming Pakistan's commitment to ensuring regional peace, it was underlined that hostile intelligence agencies and their facilitators would not be allowed to foment trouble inside Pakistan.

The meeting expressed its concern over the May 21 US drone strike saying it was a clear violation of Pakistan's sovereignty. Particpants added that the strike had affected mutual trust and undermined the spirit of Afghan peace process under the mutually agreed Quadrilateral framework.