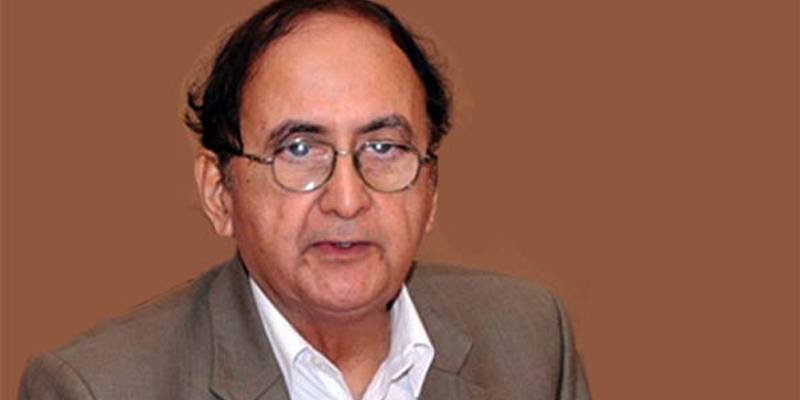 ISLAMABAD - The Election Commission of Pakistan (ECP) announced on Thursday that Dr. Hassan Askari Rizvi, a political scientist and defence analyst, will take over as the caretaker chief minister of Punjab.

ECP’s Additional Secretary Admin Nazir Akhtar, in a media talk, said that the name of the former justice has been selected in a high-level meeting, headed by the chief election commissioner.

Hasan Askar, whose name was pitched by the Pakistan Tehreek-e-Insaf (PTI), is noted for his work in comparative politics, nuclear weapons, and country's domestic policy.

Author of various books, including Military, state and society in Pakistan, Askari has been serving as professor of political science at the Punjab University, Lahore.

He was conferred with Sitara-e-Imtiaz by President of Pakistan in 2010.

He gained BA (with honours) in Political science and English literature in 1968 from the  Punjab University. In 1970, he attained MA in political science and proceeded with his studies of United Kingdom. Rizvi received MPhil on the basis of publishing his thesis on South Asia and the Comparative government.

The election body had summoned a session for the appointment of a caretaker chief minister of Punjab after the parliamentary committee that met on Wednesday failed to reach a consensus over the appointment.

The ECP confirmed that former Speaker Punjab assembly has forwarded four names for caretaker CM Punjab and it will announce the name after consultation.

The parliamentary committee met at the Punjab Assembly on Wednesday to deliberate upon the names of candidates proposed for the caretaker provincial chief minister.

The opposition was not happy with government’s favorite nominee of Admiral (r) M Zakaullah saying he had no administrative experience while government rejected opposition’s suggestion terming them ‘biased’.

Currently, only interim chief executives in Sindh and KPK have taken charge to conduct free and fair elections, scheduled on July 25th.