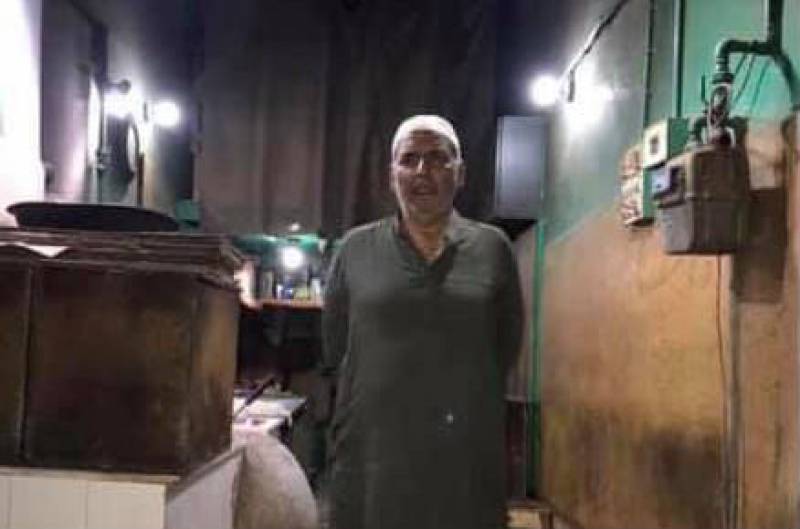 LAHORE - Masood Sufi, the owner of Baking Virsa, a popular traditional restaurant in the old Lahore city, passed away on Saturday night.

International public policy and gender reforms specialist, Salman Sufi, who is a nephew of the late Masood Sufi shared the tragic news in a Twitter message.

My uncle, Masood Sufi, owner of world famous #BakingVirsa who brought finest Kashmiri cuisine to #Pakistan which was unmatched by any, passed away today. Please say a prayer for his soul. Thank you. @KamranShafi46 pic.twitter.com/blbwHuW7lZ

In his tweet, Salman requested prayers for his uncle's soul. However, he didn't share about the details of Sufi's funeral.

Former Punjab Chief Minister Shehbaz Sharif has expressed a deep sense of sorrow over the death of Masood Sufi. Offering his condolences to the bereaved family, he prayed for eternal peace for the departed soul and patience for his family to bear this irreparable loss with fortitude.

Very sad to know this, Salman. He was a very dear friend whose culinary genius was a cherished part of our household since years. May Allah grant him Jannah. Ameen!

People from all walks of life also expressed their sorrow over Sufi's death, many saying they would miss his food and 'philosophical' (Sufi) conversations.

So sad to hear this. May Allah bless his soul. Sufi sb of #BakingVirsa was an institution in himself. Visited BakingVirsa several times & not only enjoyed food but engaged in ‘philosophical’ conversations with him too. I hope someone is able to keep the Virsa going! https://t.co/sYgl1UrYLV 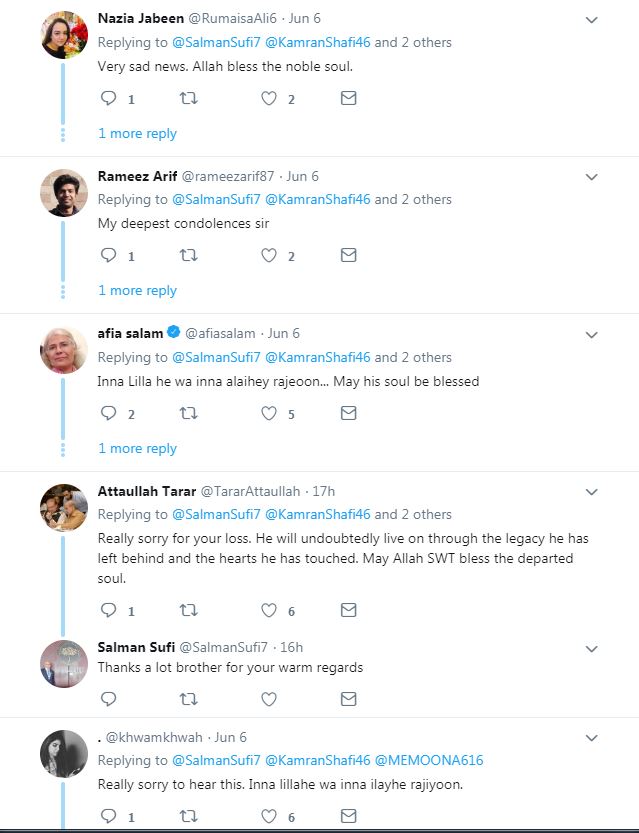 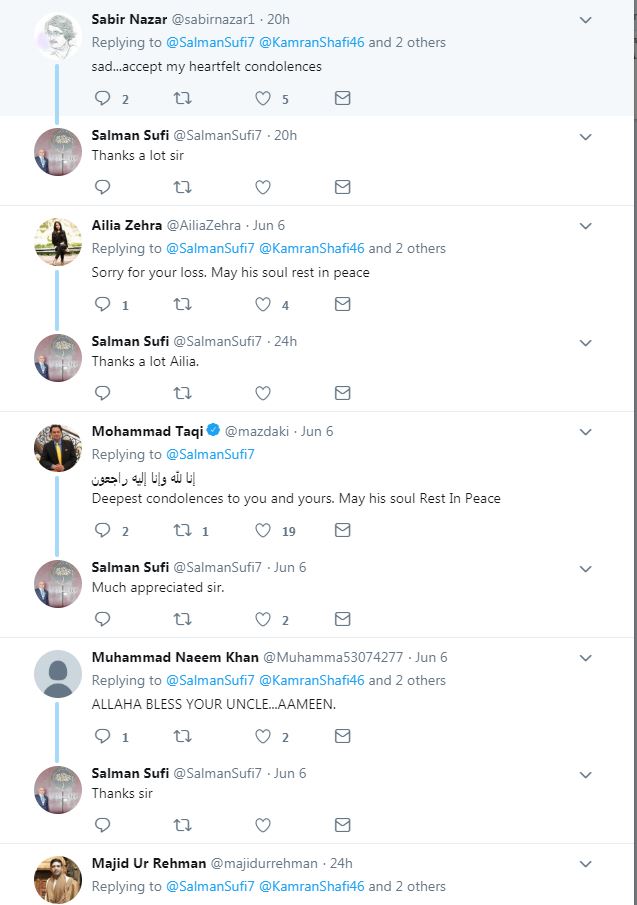 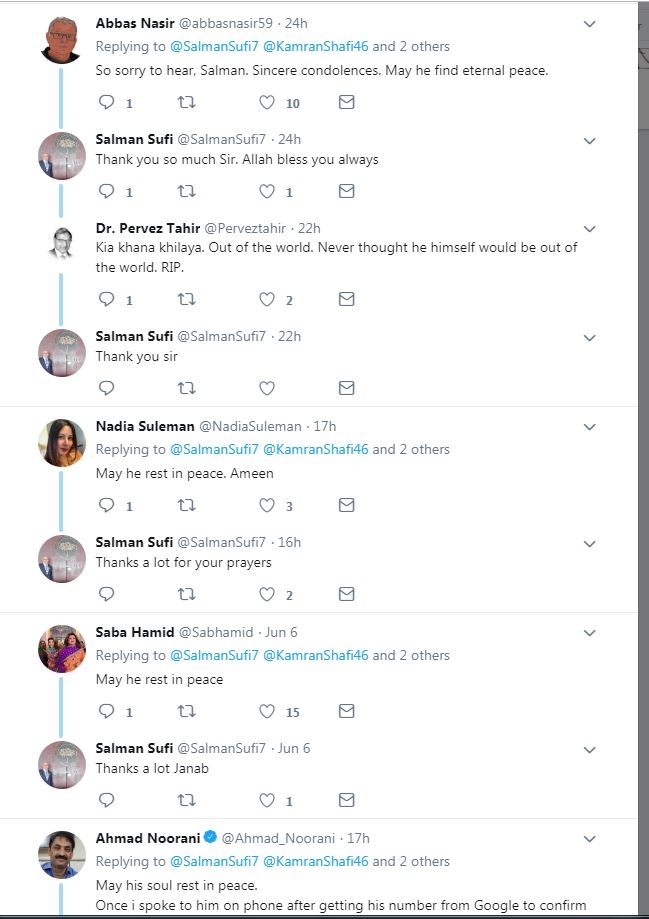