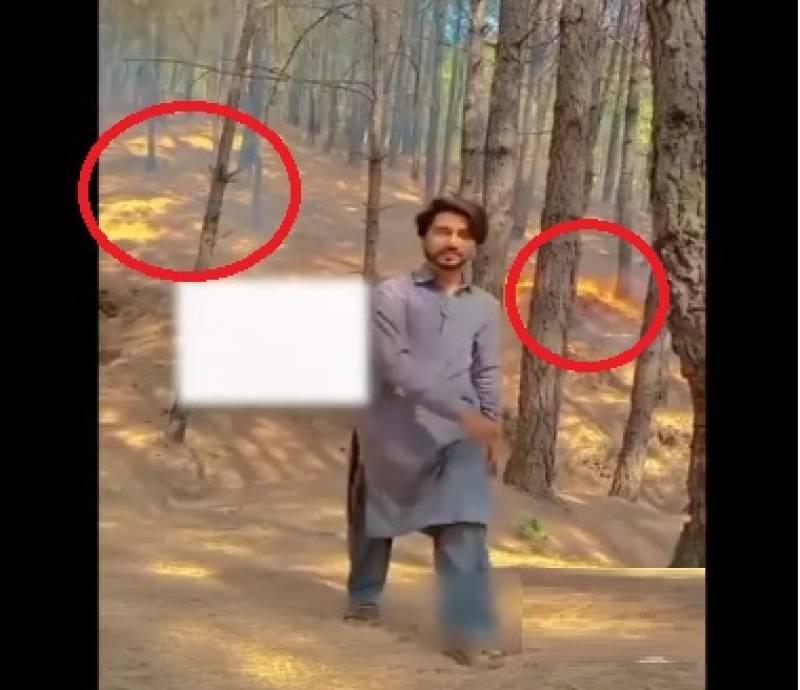 Source: A screengrab from TikTok video

PESHAWAR – A man was arrested for setting a portion of a forest on fire to make a TikTok video in Abbottabad, a city in eastern Khyber Pakhtunkhwa.

The action was taken by KP’s Forestry, Environment and Wildlife Department after the video went viral on social media where people also demanded action against the person.

Authorities identified the person from the video and arrested him after hours of manhunt. A case has also been registered against the suspect, officials said.

Video shows the man using a cigarette lighter to set precious trees on the fire intentionally just to shoot a video.

Pakistan is among the top ten countries facing serious impact of climate change and global warming, and such insensible acts will add to the woes.

There are forecasts that Pakistan and Indian would suffer record-breaking heatwave this summer.