Says disappointed by Supreme Court judgement, but accepts it 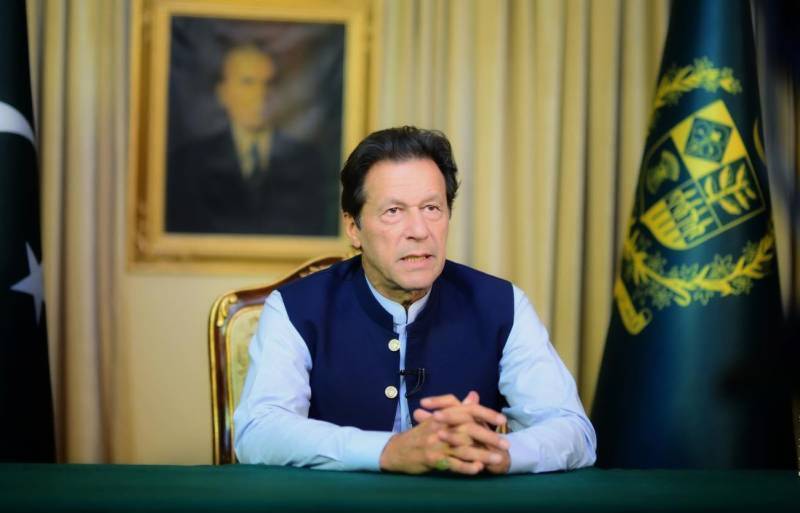 ISLAMABAD –Prime Minister Imran Khan announced on Friday he would not accept an "imported government" in any case and would go to people who election him with their vote.

Addressing the nation on Friday evening, Khan said he was disappointed by the Supreme Court's judgement, but he accepts it. He said the Supreme Court gave its ruling without seeing the evidence on the basis of which the deputy speaker had dismissed the no-confidence motion against him as unconstitutional.

He said the court should have seen the letter at least before giving the verdict. He said he wanted to share the threatening letter with the people of Pakistan, but could not so due to security reasons. He said that horse-trading was being done openly, but the Supreme Court did not take notice.

Khan said a US official told a Pakistani ambassador during a meeting that Prime Minister Imran Khan should not have gone to Russia on an official visit. He said the US official told the Pakistani ambassador that Prime Minister Imran Khan should be removed otherwise Pakistan would be in trouble. He said the US official said that Pakistan would be forgiven if Imran Khan is removed from power. He said US officials at the embassy in Pakistan knew beforehand that a no-confidence motion was coming against the Pakistani prime minister. "How would they know all this before hand?" he asked. He said even media organisations were celebrating the court verdict against his government.

Khan once again praised India for its independent foreign policy. He said that India was buying cheap oil from Russia despite American pressure because this move would benefit Indian people. He said that opposition parties were ready to accept dictation from the US therefore the US wanted them to come into power. He said the nation would have stood by their leader if it wants to see Pakistan free with a free foreing policy. He said the Pakistani nation should not be used like a tissue paper and then thrown away. He said that Pakistan would like to have a mutually beneficial relationship with the United States and all other countries and he was not against any country.

"I will not accept the imported government. I do not belong to any political family. People have elected me and I will go to people. Becoming prime minister through conspiracies is not democracy. They are ganging up on me for power. First they asked for fresh elections and now they are not ready to go into elections," he said.

Khan warned that opposition political parties would abolish the National Accountability Bureau (NAB), have the corruption cases against them withdrawn, undo the PTI government's decision to hold the next general elections through electronic voting machines (EVMs) and withdraw the voting right given to overseas Pakistanis by the PTI government. He said that remittances sent by nine million overseas Pakistanis helped run the country so why they should not be given the right to vote.

The prime minister said that opposition parties wanted to fix the match before going into the next general elections. He said it was the duty of the Pakistani youth to keep an eye on the opposition parties and stop them from doing any of the aforementioned things. He asked his supporters to stage peaceful protests across the country after Isha prayers on Sunday. He said a living nation should always stand up for its rights.

Earlier, the government announced Prime Minister Imran Khan will make a key announcement on Friday evening. a day after the Supreme Court ruled his government’s move to block a no-confidence vote as unconstitutional.

“Imran Khan knows how to face challenges, opposition is thinking that it has won. However, this is not the case,” he said, urging people to remember his words and time will tell the rest.

The chairman of ruling PTI lost his majority in the parliament on Wednesday when MQM-P quit the government coalition. Pressure is mounting as the opposition has moved a no-confidence motion against him amid accusations of corruption and economic mismanagement.

Khan’s fate will be decided tomorrow when he faces the no-trust vote in the Parliament, following the top court ruling against April 3rd move of the government. 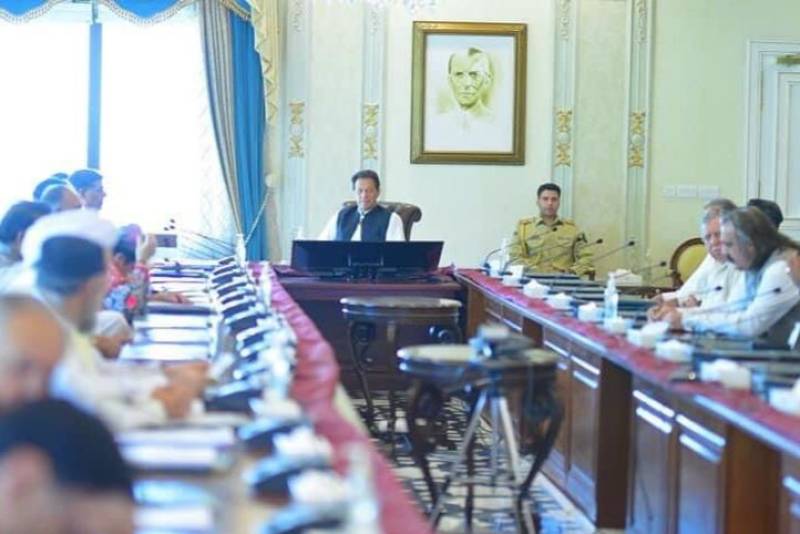 The Supreme Court had ruled against the deputy speakers’ move to dismiss the no-confidence vote, terming it unconstitutional.

Khan earlier dissolved the National Assembly and called an early election while opposition members moved Supreme Court to decide the legality of the blocked vote.

But, in a historic ruling on Thursday, the country’s top court said that the vote should go ahead. News of the Supreme Court’s decision gave another hope of ray to opposition leaders who flocked outside the court.

PML-N frontrunner and leader of the opposition in the NA, Shehbaz Sharif, told local media that the court had definitely fulfilled the people's expectations while PTI leaders chanted anti-west slogans in reply, as law enforcers in riot gear separated the two sides.

Meanwhile, Pakistan Tehreek-e-Insaf is reportedly mulling mass resignations from the national and provincial assemblies. Interior Minister Sheikh Rashid also confirmed that he told Prime Minister that mass resignations were the last option left for the government. "We should resign and hold new elections," Rasheed said.

The outspoken politician said a wave of disappointment has taken over the nation after the Supreme Court decision however he dismissed claims of laying down weapons, vowing to fight till the last breath.