4 dead, 19 injured as freight train collides with bus near Pattoki 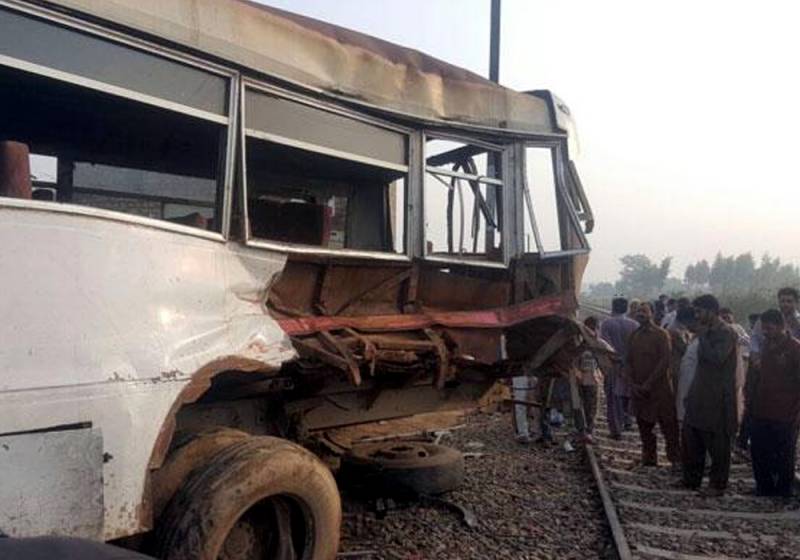 According to police officials, the accident took place due to the negligence of Pakistan Railways gatekeeper as the Lunda Phatak railway crossing was left open while the freight train was approaching.

Rescue workers said that at least seven of the injured were in serious condition were referred to Lahore's Jinnah Hospital by the local medics.

Meanwhile, Railways Minister Khawaja Saad Rafique has directed Railways authorities to immediately arrest the gateman, Mubashar Hussain, and his in-charge. A case has also been registered against the two.

The minister also announced a compensation amount of Rs3 lakh for the families of the each dead victim and Rs1 lakh for every injured.