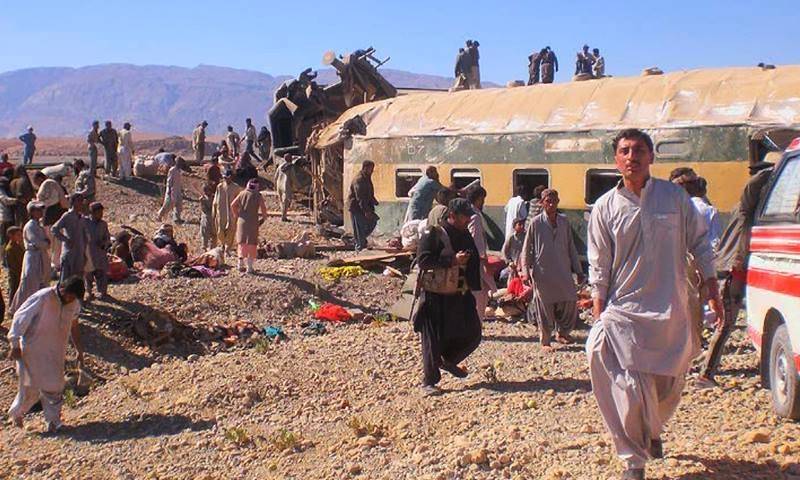 QUETTA - At least four passengers were killed and thirteen others wounded when twin blasts hit Jaffar Express near Mach, the Railways officials  said on Friday.

The rescue teams and law enforcement agencies reached the blast and rushed the injured and dead bodies to the Mach hospital. The death toll is expected to soar.

Levies personnel said the nature of the blasts was being ascertained, however, the initial findings suggested that both blasts were planted devices.

A section of the Mach railway track, the engine of the Jaffar Express and a passenger van of the train were also damaged as a result.

None of the militant groups active in Balochistan province has so far claimed responsibility for the blasts.

Jaffar Express is a daily express train service between Quetta and Rawalpindi. It has been named after Mir Jaffar Khan Jamali –a Baloch tribal head who was an active worker of Pakistan movement and a close friend of Quaid-e-Azam Muhammad Ali Jinnah.