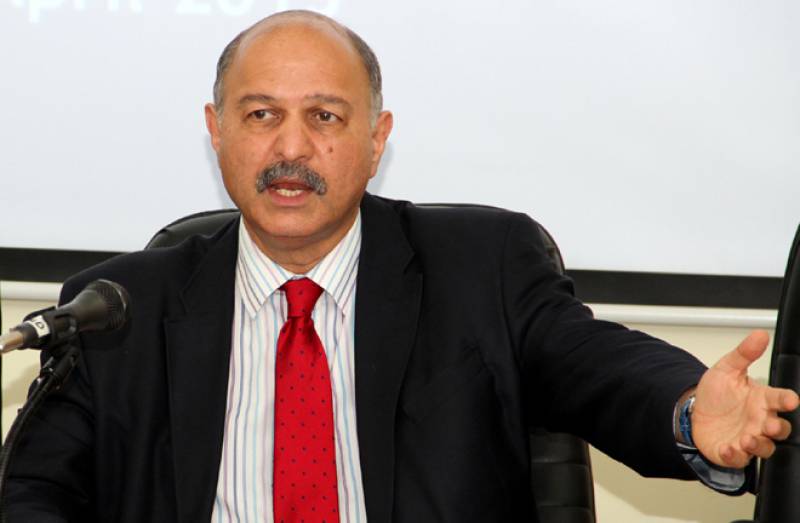 WASHINGTON - The people of Kashmir by rising against the Indian rule in held Kashmir has given their decision that they want freedom and will render every sacrifices for their just cause, Syed Mushahid Hussain, PM’s Special Envoy on Jammu and Kashmir said on Thursday.

In an exclusive interview with APP, Senator Mushahid Hussain said that Kashmiris do not need any referendum anymore as they have already given their decision. “They have rejected the status quo, they want freedom from the Indian rule.”

He said the grandson of Indian leader Mahatma Gandhi has also stated that there has already been a referendum in Kashmir.

Senator Mushahid Hussain said that he and MNA Dr. Shazra Mansab were visiting the United States as PM’s Special Envoys to highlight the plight of Kashmiri people who are facing the worst kind of suppression and brutalities at the hands of Indian forces.

He said that in their meetings with US officials and American

think tank, they had been informed that the ongoing movement in Kashmir was widespread and completely indigenous and spontaneous that broke out after the killing of young Kashmiri freedom fighter Burhan Wani in July.

Senator Mushahid Hussai the visit was also aimed to discuss with the officials here that how the United States, which is a signatory to the UN resolution on Kashmir, could help resolve the issue.

He said that US officials had been handed over the dossier containing concrete evidences about the horrendous crimes and grave human rights violations committed by the Indian troops and they have promised to include that in the annual US State Department Human Rights report.

“Kashmir is not a territorial issue. It’s a human rights issue,” Senator Mushahid Hussain said, adding that the government of Prime Minister Narendra Modi was as an extremist and fascist government.

He reminded that Modi was declared terrorist in 2006 by the US and the UK which had refused to give him the visa to visit their country. Prime Minister Modi belonged to extremist RSS party which follows the philosophy of Muslim and Pakistan bashing.

because US does not have any economic interest there.

Highlighting the geo political importance of Pakistan, the Senator said that it cannot be ignored and must not be taken as a weak country.

Senator Mushahid said that Pakistanis were a resilient nation.

They have faced numerous challenges such as wars with India, terrorism and they have always bounced back.

Speaking about the China Pakistan Economic Corridor, he said that it was the biggest ever investment project in the world which will change the fate of the entire region. CPEC is a national project and is owed by all Pakistanis. This project will help add 10,000 MW electricit to the national grid by 2018, he said.

Similarly, he said Gwadar Port will be major transit route and a hub of the global trade. He said the Atlantic Magazine had predicted in 2009 that it will be biggest trade corridor. He said the port provides a gateway to the Central Asian States and China.

Senator Mushahid Hussain asked the Pakistani Americans to play their role in highlighting the Kashmir dispute and the urgent need of its resolution, which is also a nuclear flashpoint. He said Pakistan will continue its diplomatic, political and moral support to the innocent Kashmiri people.