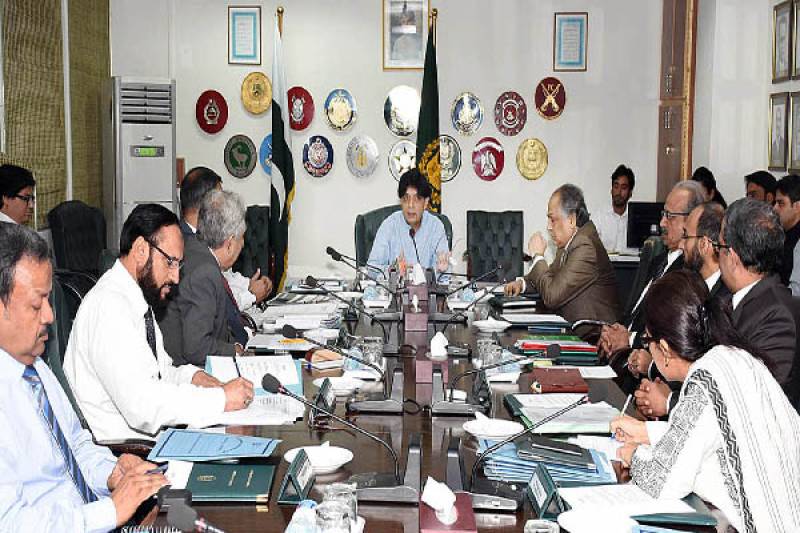 ISLAMABAD (Web Desk) - Ministry of Interior Wednesday announced that 1,685 aliens have voluntarily returned Pakistani Computerized National Identity Cards (CNICs) as a result of the ongoing re verification drive of CNICs.

Interior Minister, Chaudhry Nisar Ali Khan, who was leading a high level security meeting was informed that 1549 Afghanis, 44 Bangladeshis, one Indian and an Indonesian had returned their Pakistani CNICs.

It was as well carried by National Database and Registration Authority (NADRA) that so far about 67.9 million CNICs have been verified and over 48,000 foreigners were identified.

Chaudhry Nisar directed initiation of legal and disciplinary proceedings against officials of National Database and Registration Authority (NADRA) who had willfully included aliens in the Authority’s database and also against those who illegally possessed fake CNICs.

He appreciated the response of citizens since 92,300 people had themselves called on NADRA helpline for identification of aliens and verification of their CNICs record.

The Minister also approved reward list of 45 citizens who helped NADRA in the identification of aliens.

“These 45 devoted Pakistanis performed their national security duty and deserve due cash reward as per the policy,” remarked the Minister.

Besides the reward scheme, the Interior Ministry would also give a letter of appreciation to these citizens for helping the state for pointing out aliens in NADRA’s database.