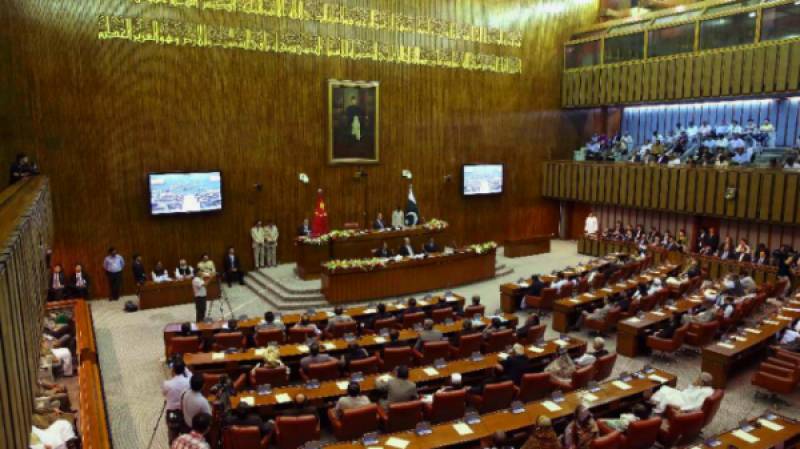 ISLAMABAD - The Senate, the upper house of the parliament, has been informed that over 80 percent Pakistanis drink contaminated water or what it should be called unsafe for health. As many as 24 water testing laboratories have been set up across the country to identify the chemicals carried by the drinking water.

Responding to different queries during the question hour on Tuesday, Federal Minister for Science and Technology Rana Tanveer said that water samples were collected from 2,807 villages in 24 districts of all provinces and Gilgit Baltistan and tested in the designated labs.

Some 69 percent to 82 percent of the collected samples were found to be unhealthy, he went on to say.

All of the examinations were supervised by the Pakistan Council for Research in Water Resources (PCRWR) and it was revealed that the majority of the water samples carried bacteria (Coliforms), turbidity, nitrate, fluoride, arsenic and other total dissolved solids.

The minister said that 69 percent of water samples were contaminated bacteria, 24 percent by arsenic and 14 percent by turbidity.

To another question, Federal Minister for Industries and Production Ghulam Murtaza Khan Jatoi told the house that an export processing zone is being established in Gwadar on one thousand acres of land, while there are plans to set up these zones  in Sukkur and Faisalabad as well.

He said export processing zones have already been set up in Karachi, Gujranwala, Risalpur, Saindak and Duddar. He said there is a plan to further expand Karachi zone.

The minister pointed out that 508 million dollars were earned last financial year from the EPZs exports.

Ghulam Murtaza Jatoi said that the government is encouraging the establishment of small and medium enterprises in order to not only enhance industrial production but also generate employment opportunities.

He said that it was the part of the manifesto of the PML-N to promote the establishment of industrial parks in rural areas in order to bring them at par with developed areas. He said there is also a plan to establish a marble city in Balochistan.

Minister for Law Zahid Hamid told the house that an agreement has been signed with Switzerland and another will be signed with the Organisation of Economic Cooperation and Development which will help get information about the Pakistani people who have offshore holdings and wealth.

The minister said that steps are afoot to reduce the debt to GDP ratio in the coming years. He said in 2013-14 the external debt was 4796 billion rupees and currently it stands at 5834 billion rupees.

The Senate also unanimously passed a resolution paying rich tributes to the courage and sacrifices of the Armed Forces. The resolution was presented by Leader of the House Raja Zafarul Haq in connection with the Defence Day of Pakistan.

The resolution said that the cowardly enemy attacked Pakistan on this day, but the entire nation unitedly defeated the aggressor. The unity demonstrated by the nation at that time was unprecedented, which showed the resilience of our people. It also carried the biggest lesson that a united nation can never be defeated.

The resolution said that Kashmir dispute was the catalyst for the 1965 war and the resilient Kashmiri people continue to struggle for their right to self-determination. It regretted the Indian atrocities on the defenceless Kashmiri people.

The Senate in its resolution reaffirmed to continue supporting the Armed forces to eliminate terrorism for peace and security in the region.