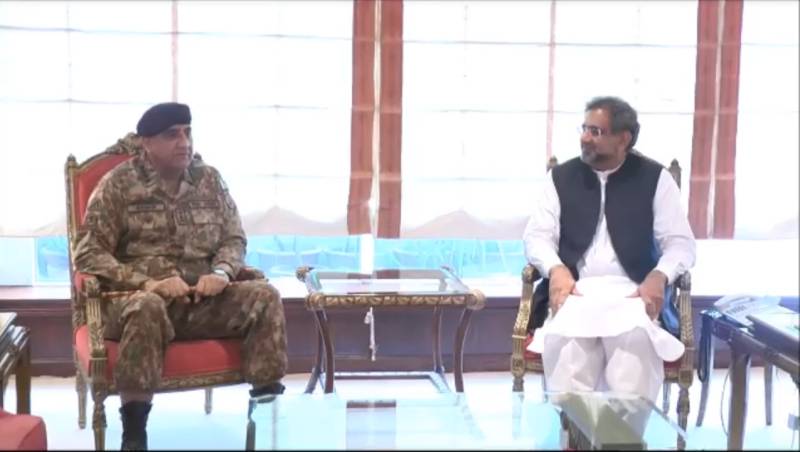 According to a statement issued by the prime minister's office, the two leaders discussed matters pertaining to the Pakistan Army.

During the meeting, the prime minister lauded the role of the armed forces in counter-terrorism operations including Operation Rad-ul-Fasad and Khyber-4.

“The entire nation is proud of the sacrifices rendered by security personnel in ridding the motherland from the menace of terrorism”, stated the Prime Minister, the statement concluded.