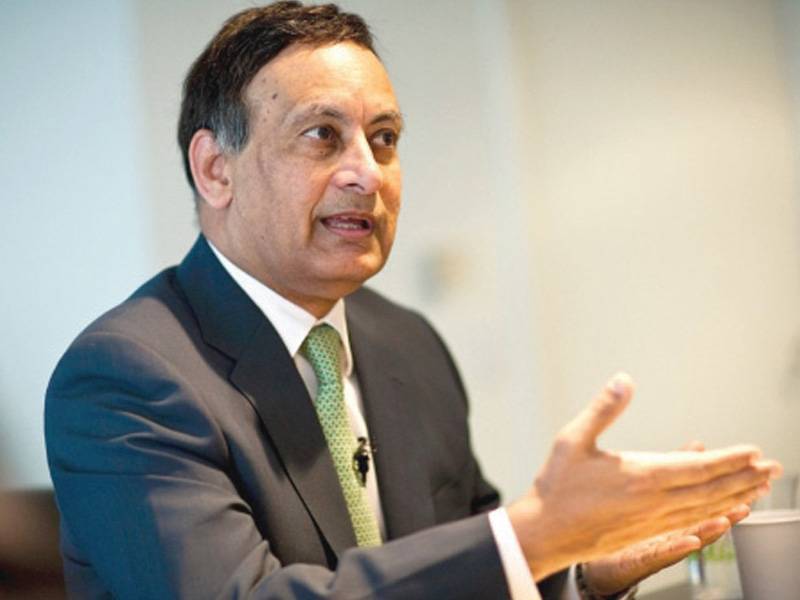 WASHINGTON - Former Pakistani ambassador to United States Hussain Haqqani in his report has advised the Trump administration that "the US must warn Pakistan that its status as a Major Non-Nato Ally is in serious jeopardy. Unless Pakistan takes immediate steps to demonstrate that it fully shares US counter-terrorism objectives, the US will revoke this status within six months.”

Advising the new administration on how to deal with Pakistan, the reports says that US engagement with Pakistan must be based on a realistic appraisal of the country’s policies, aspirations, and worldview.

“The US must stop chasing the mirage of securing change in Pakistan’s strategic direction by giving it additional aid or military equipment. It must be acknowledged that Pakistan is unlikely to change its current policies through inducements alone,” the report adds.

"Pakistan frequently does not behave like an ally, it does selectively cooperate with the U.S. If Pakistan’s overall conduct does not change, however, the U.S. should be prepared to review whether Pakistan fits the criteria for designation as a “State Sponsor of Terrorism,” in accordance with the graduated measures proposed above."

The report urges Trump administration to present to Pakistan a list of calibrated actions for ending its support to the Afghan Taliban and the Haqqani Network, and make clear that failure to make substantial progress on these steps could eventually result in Pakistan’s designation as a State Sponsor of Terrorism.

"Designating Pakistan as a state sponsor of terrorism, as some U.S. congressional members have advised, is unwise in the first year of a new administration, but should be kept as an option for the longer term," the report adds.

But the scholars concede that Pakistan is an important country that is willing to cooperate occasionally and partially with the United States. So “it cannot be treated… in the same way the US deals with North Korea.”

The report also wants the administration to “prioritise engagement with Pakistan’s civilian leaders,” noting that the Pakistani civilian government under Prime Minister Sharif is trying to correct the country’s direction.

The Sharif government’s important first steps toward signalling a more moderate and tolerant course for Pakistani society “must be recognised and encouraged by the international community,” says the report.

The scholars also want the Trump administration to work with China and Gulf Arab states to persuade Pakistan to stop tolerating terrorist groups and individuals.

“The US must lead efforts, including at multilateral forums, to sanction Pakistani terrorist groups and individuals. In particular, Washington must seek to work more closely with China, which shares concerns about the presence of terrorist groups in the region and the threat they pose to the proposed China-Pakistan Economic Corridor (CPEC),” the report adds.

The arguments and advice put forth in the report is nothing new but an oft-repeated narrative suggested by Hussain Haqqani for nearly a decade now. In 2015, the former ambassador in his book called "Magnificent delusions" argued that “dependence, deception, and defiance have characterized US-Pakistan relations. We sought US aid in return for promises we did not keep.....Pakistan and the United States have few shared interests and very different political needs… If $40 billion in US aid has not won Pakistani hearts and minds, billions more will not do the trick… The US-Pakistan alliance is only a mirage.”

Similar arguments were also presented in his book called "Pakistan: Between Mosque and Military" in 2005.