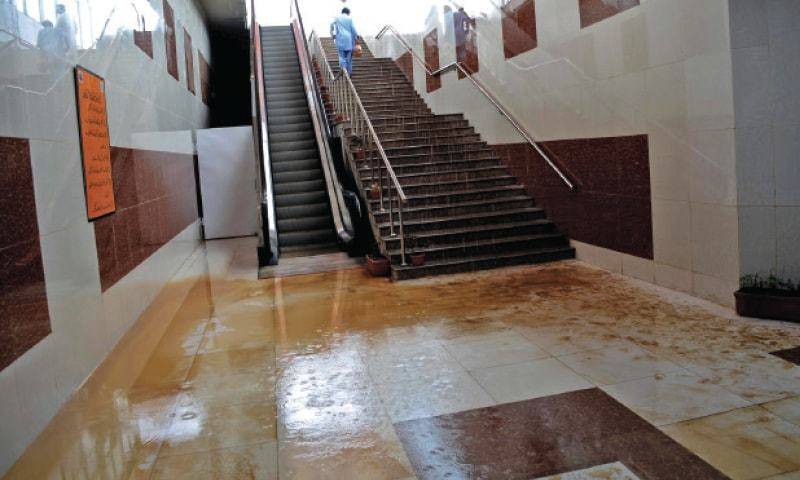 ISLAMABAD (Web Desk) - Newly constructed metro bus stations worth millions of rupees were not able to withstand the heavy monsoon showers and got flooded with rainwater, Dawn reported. 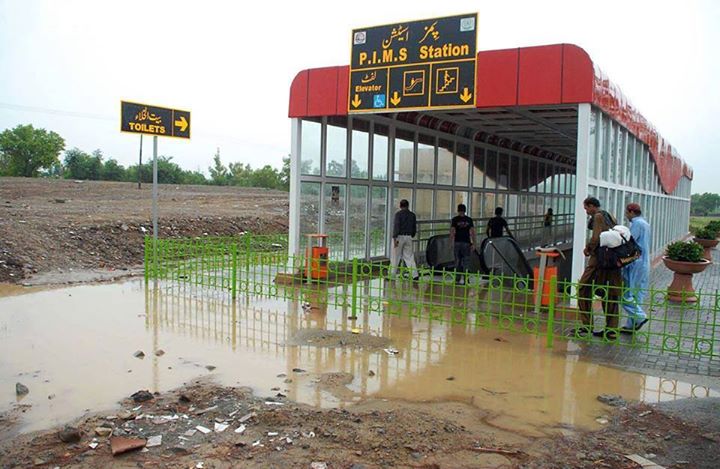 The worst affected bus stations were Peshawar Mor, Centaurus, 7th Avenue, Kutchery and Shaheed e Millat stations, where water had flooded down the staircases and dripped from the ceilings.

MNA Sheikh Rashid Ahmed, while talking to Dawn, attributed the construction flaws to corruption and the hasty execution of the project. 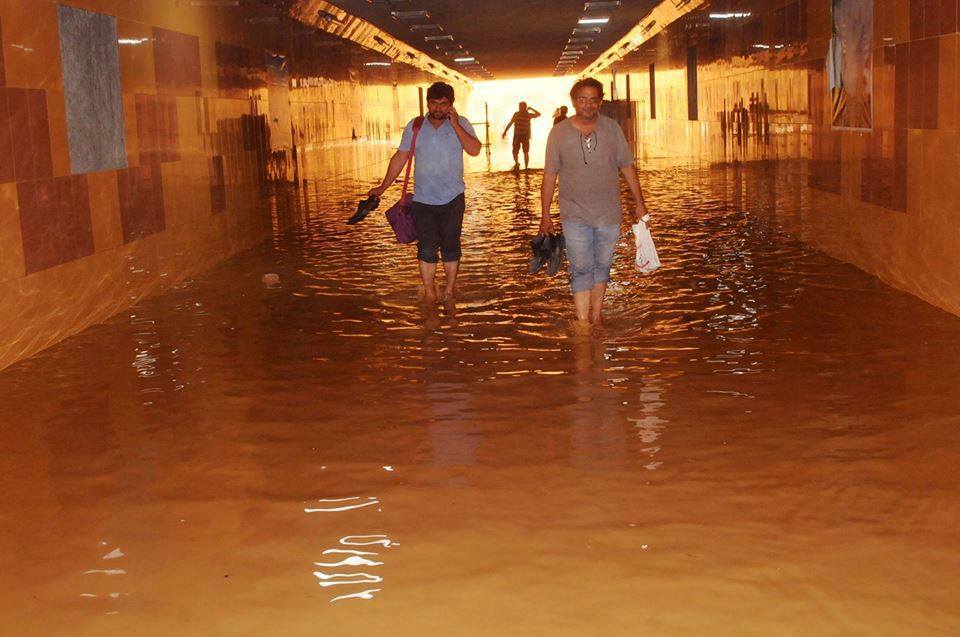 "The rains exposed the poor performance of the Punjab government which started running the service before the work had been completed," he said. 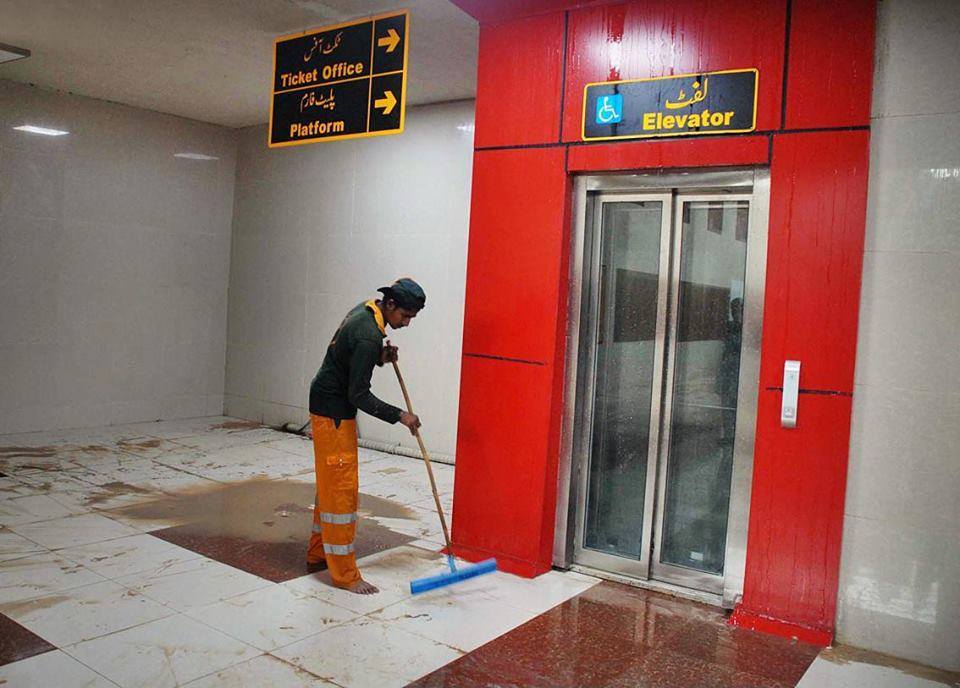 The MNA said that the Leh Nullah Expressway, proposed by him, was the best project to control flooding in the nullah but the PML-N government instead chose to waste billions on their own projects.