Record 171 women candidates in the run for upcoming general elections 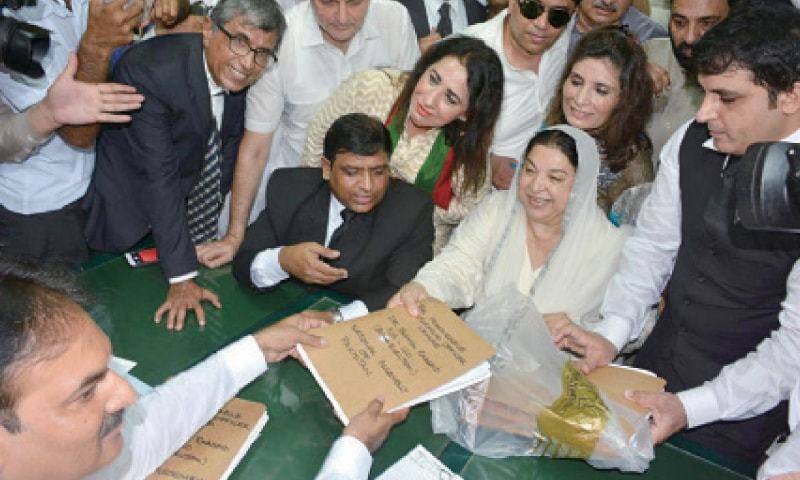 LAHORE - As many as 171 women candidates will be in the run for Pakistan’s forthcoming general elections on July 25, with 105 running from party platforms while another 66 will contest as independent candidates.

This is the highest number of women ever to contest in a general election in Pakistan, but most women’s rights groups say many of those in the race will not help raise women’s issues in the Parliament. The Pakistan People’s Party (PPP) has awarded the maximum number of tickets (19) to women. The next largest party to award tickets is the right-wing Muttahida Majlis-e-Amal (MMA), which has fielded 14 women candidates.

Pakistan Tehreek-e-Insaf and PML-N have fielded 11 women each. The Allah-o-Akbar party, on whose platform the Jamaat-ud-Dawah is contesting the elections, has fielded three women.

Prominent among those contesting for general seats this year are Sumaira Malik and Tehmina Daultana of the PML-N, Asma Alamgir, Mehreen Anwar Raja and Samina Khalid Ghurki of PPP, and former minister Firdous Ashiq Awan and Yasmeen Rashid of PTI.

Ayesha Gulalai, who has her own faction of the PTI, will be contesting from four constituencies in Khyber-Pakhtunkhwa, Punjab, Islamabad and Sindh. Independent candidate Ali Begum Khan is the only woman contesting from the tribal districts.

But women’s rights groups insist that more women in Parliament do not translate into more power to women’s issues. “We have been sorely disappointed in the past,” said Tahira Abdullah of the Women Action Forum.

Abdullah said many women, especially those who belong to religious parties, “usually do not even speak once on the floor during their entire time in the Parliament”.

Political analyst Ghazi Salahuddin said it is the women elected on reserved seats or through the Senate who are the ones who usually end up highlighting women’s issues in National Assembly and Senate. “These are the real crusaders.”

But even on general seats, there are exceptions. Sunita Parmar, a 31-year-old Hindu woman, is contesting the elections and is confident of challenging stereotypes. Parmar made history as the first Hindu woman to contest the provincial assembly.