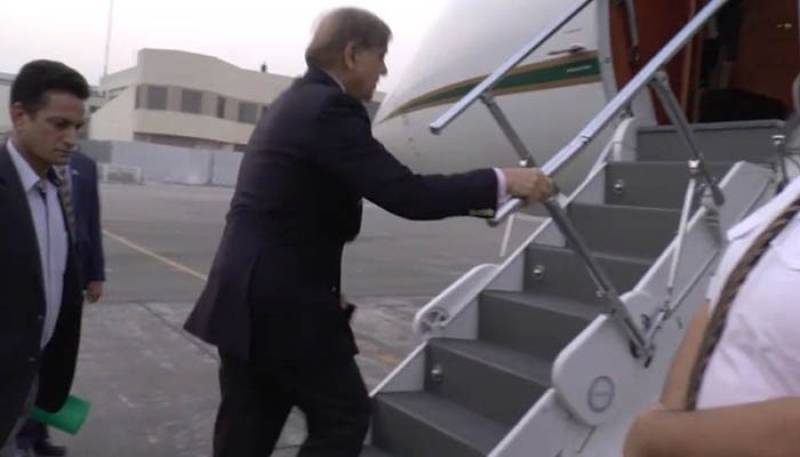 LAHORE - An aircraft of former Punjab chief minister caught fire on Sunday moments before departing for southern side of the province, according to local media reports.

The Pakistan Muslim League Nawaz (PML-N) president was all set to depart for Bahawalpur to flex political muscles ahead of general elections when a fire erupted in the plane's engine.

Later, another aircraft was arranged for the politician despite a delay in the departure.

Sharif is addressing a PML-N workers convention at Haroonabad tehsil of Bahwalnagar.