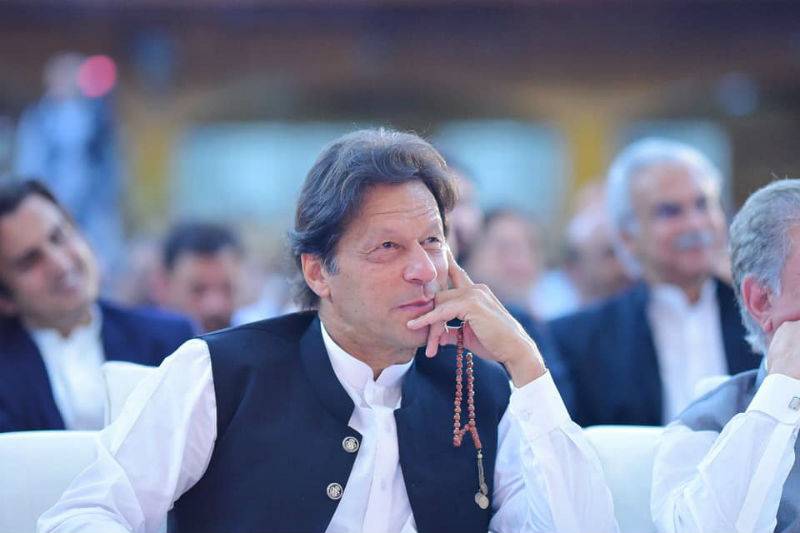 ISLAMABAD - Prime Minister Imran Khan is mulling over staying at the residence of Pakistan's ambassador to the United States instead of selecting a pricey hotel during his official trip, it has emerged.

The Pakistan embassy in the United States has been informed about the intention of Pakistan's premier, concerned officials in Islamabad believe.

The ambassador’s residence is in the heart of Washington’s diplomatic enclave, just off one of the city’s main arteries, Massachusetts Avenue where at least a dozen embassies are located.

The US secret service monitors the security arrangement of visiting dignitaries, however, as the Pakistani premier has to stay in the US for 3 days, his stay at the residence of ambassador might not be possible due to his planned meetings with top US officials.

If the premier stays at the residence, he will not be able to meet US officials there due to paucity of staff, however, such meetings can be arranged at the Pakistan embassy, Dawn News reported.

Prime Minister Imran Khan has been trying to cut down expenses as part of the austerity drive adopted by the government as he stays at a 3-bedroom house instead of the Prime Minister House in Pakistan.

His plan to avoid a five or seven-star hotel in Washington might face difficulties owing to security and logistics, however, a final decision in this regard would be made soon.

Imran Khan's tour to Washington is his first-ever after assuming power. The premier is poised to discuss the Afghan Peace Process along with regional issues with US President, Donald Trump in his trip starting from July 20.