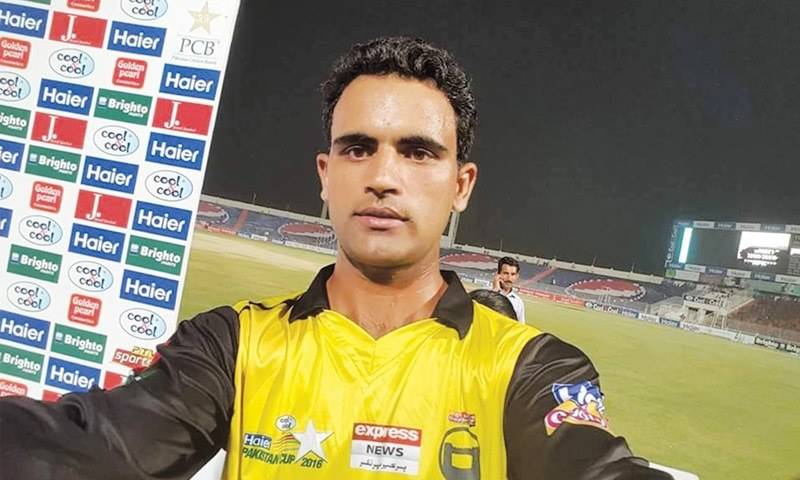 Zaman, who scored 31 off 23 balls, maintained an impressive strike rate of 134 with six boundaries, earning the praise of cricketing legends around the world.

"Where has Fakhar been hiding? (He) looks like a marvellous striker of a ball!" exclaimed former England captain Michael Vaughan in a tweet during the match.

"Question has to be asked ─ where has this Fakhar been hiding? Great start Pakistan!" tweeted Fleming, the Black Caps' most successful captain.

Born in the small village of Katlang near Mardan, Zaman would often daydream of becoming Pakistan`s Adam Gilchrist. He was a dashing left-handed batsman too, like his idol.

Like his idol, Zaman would dream of opening the innings and hit the ball out of the park. But before he could pursue his dreams, family compulsions came calling.

He was just 17 years old when the fate thrust him into the responsibility of becoming a breadwinner. It was 2007 and his family were in dire financial crisis. An able-bodied young man, Fakhar was forced to take an induction test to join the Pakistan Navy as a sailor. Although he passed the test and bagged a decent-paying job, young Fakhar wasn`t too happy. "I didn`t want to do what I was doing," he narrates, writes Dawn's Arslan Sheikh. 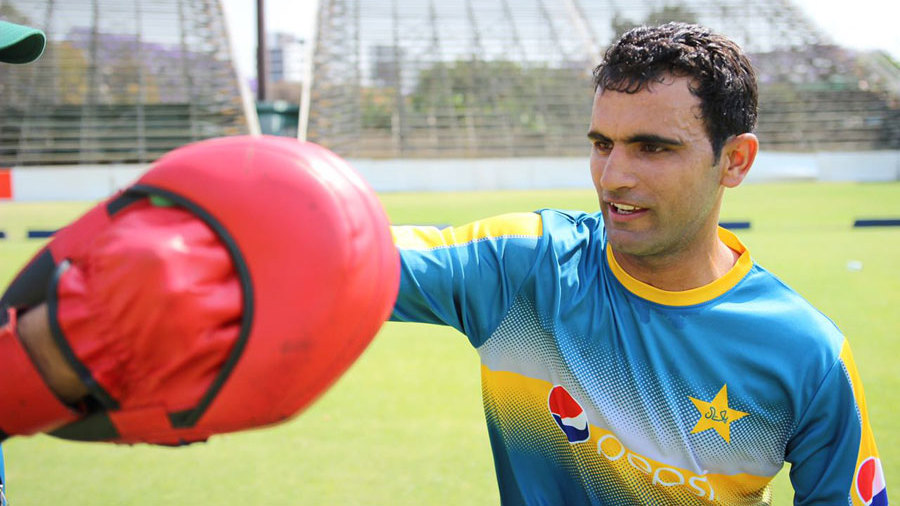 He did the hard training in the navy for one year, waking up before dawn, going on miles-long runs, then going to school and later playing a sport in the evening.

At PNS Karsaz, Fakhar ran into Nazim Khan, coach of the Pakistan Naval Cricket Academy. Fakhar expressed his desire to play cricket and Nazim welcomed him to the fold.

Fakhar didn`t take long to impress Azam either as he scored a half-century in the first interdistrict U-19 game played at the Asghar Ali Shah Stadium His knock included four sixes.

Nazim Khan was convinced that Fakhar's future lay in sports rather than in service. He lodged an application to release Fakhar as a sailor but to re-induct him into the navy as a professional sportsman. Fakhar`s family were apprehensive but Nazim swayed their opinion. The application was approved and Fakhar joined the navy as a professional sportsman in 2008. A special clause was inserted into his contract: he could be rehired as a sailor if he failed to make the grade in cricket. Fakhar went on to represent Karachi U-19 and Karachi U-23 before making it to the first class level.

"But financial insecurities at home and some failures on the field often made Fakhar doubt himself. Was it worth it? Was he chasing a pipe-dream? What if he failed? What if he couldn't make a living out of cricket? It was during those difficult times that his mentor Azam Khan cajoled him, motivated him and kept pushing him something that Fakhar remains eternally grateful for," Arslan Sheikh writes.

"There have been a number of times when I thought of quitting cricket."

"One of them came when I was playing a senior district tournament and could only score 25 runs in the first three games," he recalls. "Azam Bhai told me, 'whether you score a duck or a century, I won`t drop you.' I scored three consecutive 150 in the next three outings and topped the Karachi district for runs scored. It was the last time I thought of leaving cricket.

Despite the support of Azam Khan, Fakhar soon became impatient about playing first-class cricket. He tried to find an easier way to advance in the domestic circuit a mistake that landed him back in Mardan.

Azam Khan was extremely cross with Fakhar for having left Karachi and didn`t speak to him for six months. But when he did, he advised Fakhar to return to Karachi. "Azam Bhai said, 'If you play from Karachi and perform, you will easily get noticed. The media here also supports these players.' Fakhar returned to Karachi in 2011. The next year, Pakistan were making their debut at the 2012 International Defence Cricket Challenge in Australia, which is a world cup of sorts for forces personnel. Fakhar propelled his side to the final and Pakistan eventually returned home with the cup. This proved to be Fakhar`s last cricketing assignment with the navy; he left the navy as a professional cricketer in 2013 and signed for domestic giant Habib Bank Limited."

"When I was in the navy, I`d live inside the PNS Karsaz premises. After leaving service, I lodged with a friend in his apartment for two months," says Fakhar. Although he was living his dream of playing cricket, life on the outside had its own challenges.

Despite boasting an inspiring average of 31.31 in T20 cricket, Fakhar was ignored in the first edition of the Pakistan Super League. He was in the draft in the emerging players category, but no one picked him last year. He hopes this year will be different and he`ll get to prove his mettle for one of the five franchises.

But when it came to the Pakistan Cup, Fakhar was picked by the Younis Khan-led Khyber Pakhtunkhwa in the draft. He scored 297 runs in five matches at an average of 59.4. He opened for his team alongside Ahmed Shehzad and the duo dominated bowling attacks throughout the tournament.

In the final, Fakhar delivered a man-of-the-match performance with a mesmerizing 115 runs off 111 deliveries. `I give all credit to Ahmed Shehzad for my performance. He is a great stroke maker. I wasn`t under pressure as he was scoring well from the other end. He advised me not to play a rash shot and to keep the scoreboard ticking,` he narrates.

Fakhar's Pakistan Cup performance even drew praise from his navy trainer and coach. Nazim had wanted to mould Fakhar into a silky smooth timer of the ball à la Saeed Anwar but ran out of time as Fakhar left the navy. But his former coach was pleasantly surprised at the poise with which Fakhar constructed his innings in the Pakistan Cup final.