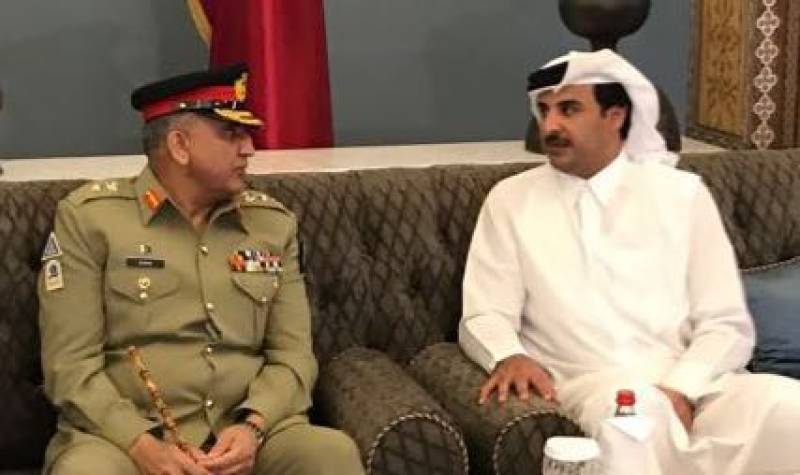 According to the ISPR, the Emir thanked COAS for visiting Qatar which strengthens the bondage between two brotherly countries and armed forces.

The Emir of Qatar reiterated that Pakistan and Qatar share strong strategic relationship. He acknowledged Pakistan's role in development and strengthening of Qatar and its armed forces.

He expressed his desire for enhanced defence and security cooperation between the two countries and its armed forces. The Emir of Qatar acknowledged Pakistan’s positive role towards regional peace and stability. He commended successes of Pakistan Army in its campaign against terrorism and militancy.