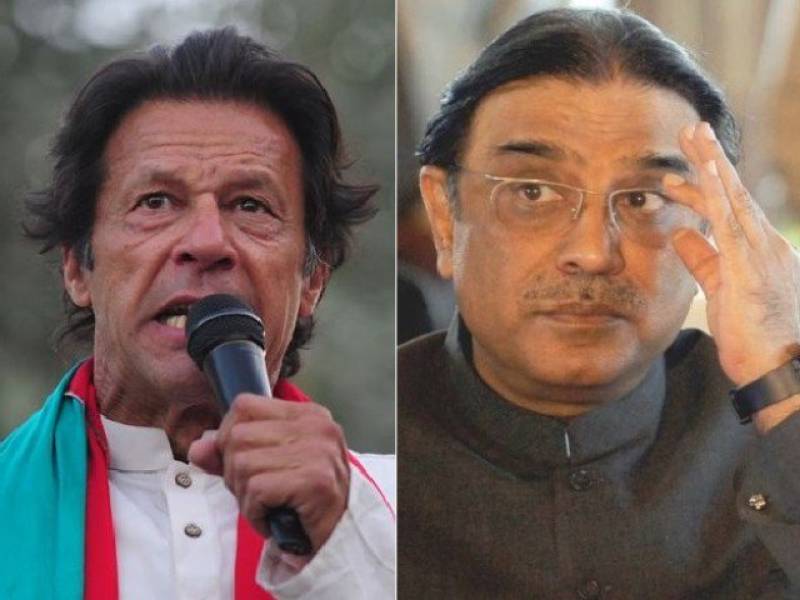 ISLAMABAD - The Chief Justice of Pakistan Mian Saqib Nisar directed the Chief Minister Punjab Shehbaz Sharif to deposit Rs 5.5 million in national exchequer for spending lavishly on the publicity campaign, however, the PML-N leader is not the only one accused of self-promotion on public fund.

An ad published by the Khyber Pakhtunkhwa government depicted PTI supremo Imran Khan holding an electronic gadget, showcasing how the provincial government was reviving the government schools through its policies. 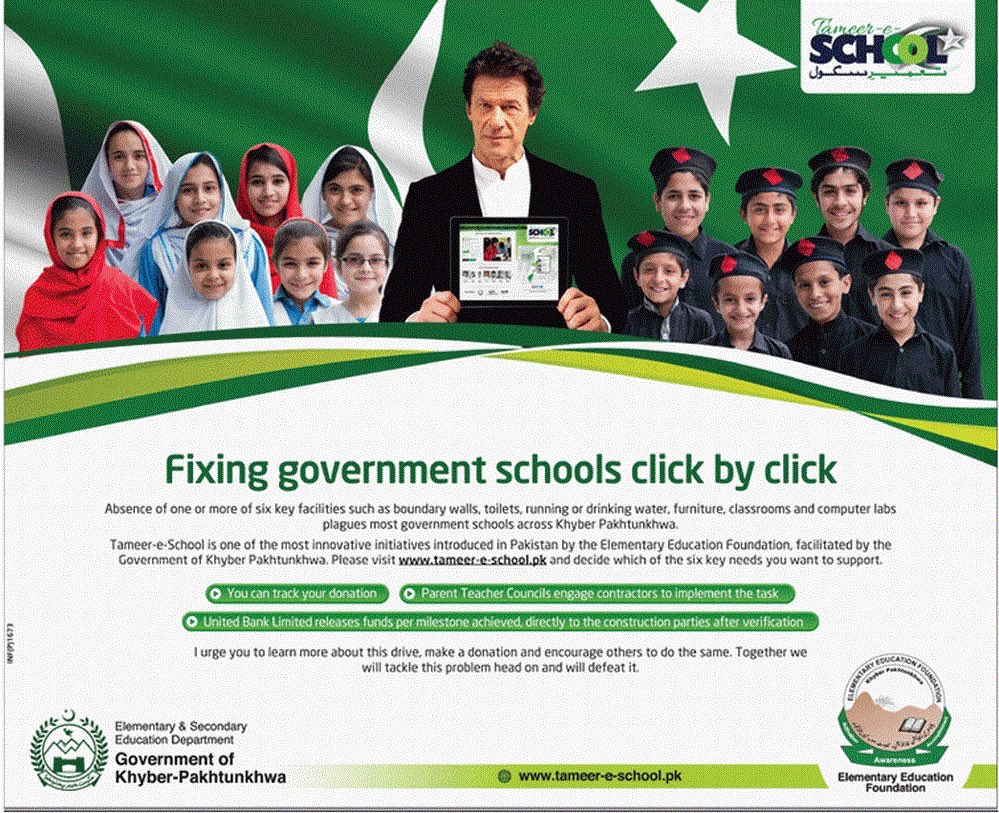 Khan modeled for the 'Tameer-e-School' initiative of the KPK government for which the leading newspapers of the country carried the advertisement, published by KPK government.

Moreover, a picture of Chief Minister Khyber Pakhtunkhwa Pervaiz Khattak was also published on an advertisement pertaining to the 'Peshawar Rapid Bus Transit System', though such was decried in the courtroom for Chief Minister Punjab Shehbaz Sharif.

Not just the KPK government occasionally features Imran Khan in its ads, the Sindh government also stars its non-official political heads in its advertisements.

In one of the ads floated by the Public Health Engineering and Rural Department of the Sindh government,  the pictures of PPP chairman Bilawal Bhutto, co-chairman Asif Ali Zardari, late PPP Chairman Benazir Bhutto also appeared. 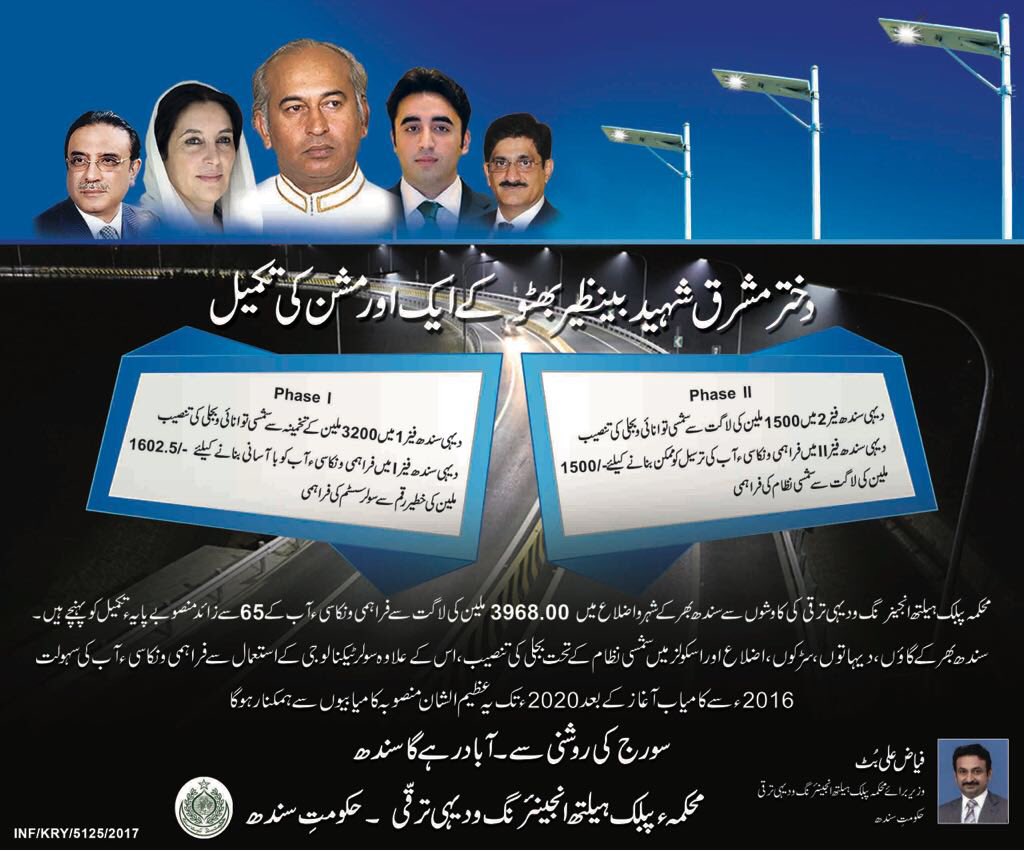 In the same ad, the pictures of Chief Minister Sindh as well as the founder of PPP, Zulfiqar Ali Bhutto were displayed on top, raising eyebrows of legal experts that whether the top court - that directed Chief Minister Punjab to deposit Rs 5.5 million in national kitty - would met out the same treatment to governments of KPK and Sindh in days to come.