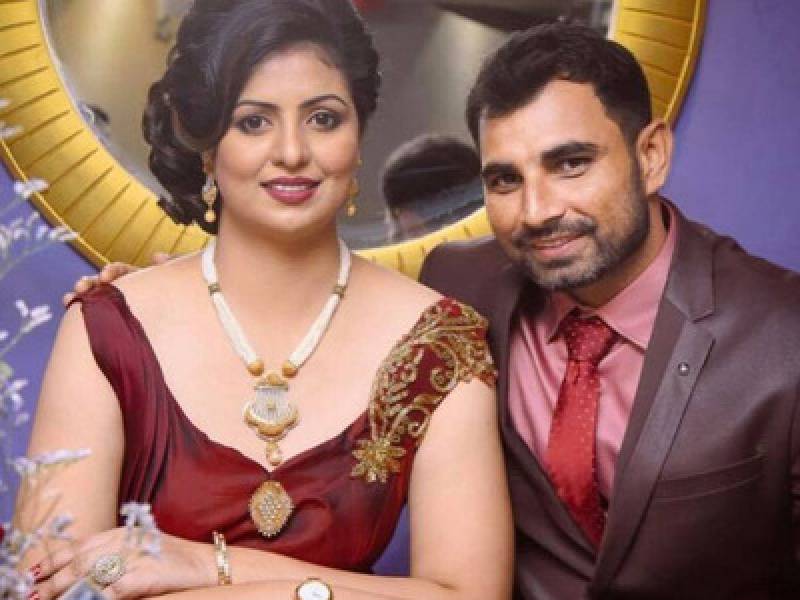 NEW DELHI - The Indian crickter Mohammad Shami has be slammed by wife, Hasin Jahan for allegedly cheating and physically torturing her for more than three years. The couple have a daughter together, born in July 2015.

Hasin Jahan took to her facebook acocunt and revealed all the details of the cricketer's misdemeanors, including screenshots of his conversations with vaious women. The account has reportedly been deleted.

Hasin has also lodged a complained against Shami with Kolkata Police. She and her lawyer met with police commissioner Rajeev Kumar on Wednesday evening. No further details have been revealed of the charges pressed against Shami by his wife.

Hasin had said earlier, "I’ve done everything he wanted me to do. He has tortured me & hasn’t treated me like his wife. He’s a big flirt. I’m not going to divorce him till my last breath. I’ve all the evidences & will soon drag him to the court."

"He has affairs with multiple women. Many are from other parts of India while some are residents of Pakistan and countries in Europe. He used to spend time with them in different hotels while on tour. He used to chat with them using video apps," she added.

"Shami is neither concerned about me nor our baby. He tortured me physically and mentally over and over again. He asked me to accept what he was doing and threatened me with dire consequences if I ever broke my silence. I somehow managed to access the security code in his phone and saw the chats last night. It was almost 11 PM. I was shocked and could not sleep, " Hasin concluded.

Here are some of the chats posted by Hasin.

Shami has denied the allegations put on him by his wife. He took to his social media, saying that this is a conspiracy against him to bring him a bad name.