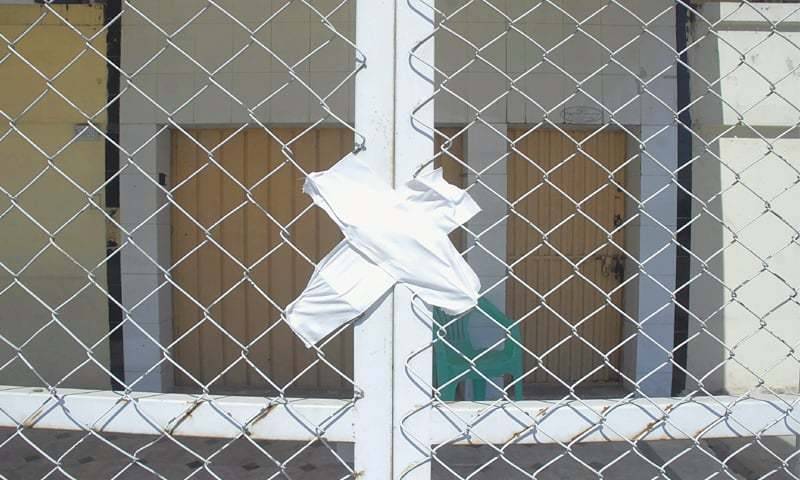 KARACHI – The Government of Sindh on Friday took over control of five more religious seminaries in the provincial capital under the National Action Plan (NAP).

Sindh Auqaf Department took the administrative control of the religious schools being operated by the outlawed groups in Karachi. The religious seminaries and schools across the country being taken in government control under a crackdown against the proscribed outfits.

In the recent instance, a seminary Riyaz ul Janna in North Karachi, Jamaat ul Aman, Huzaifa bin Eman in North Nazimabad and Madrassa Maaz bin Jabal in Landhi have been taken over by the Auqaf department apart of Jamaa Masjid Hunain in Quaidabad.

The provincial authorities took over the administrative control of more than 10 seminaries and mosques in the port city in last three days.

ISLAMABAD -The federal government took as many as 44 members associated with banned organisations into custody on ...

The authorities have taken control of 56 seminaries, schools and hospitals under the National Action Plan.

According to provincial home department these institutions were being run by the Falah-e-Insaniyat Foundation and Jamat ud Daawa.

Two days earlier, the Federal authorities took over control of dozens of seminaries and mosques in Islamabad, Chakwal and Attock.

Separately, the law enforcement agencies sealed a hospital and three dispensaries run by the proscribed organizations in Rawalpindi.

The Rawalpindi district administration told journalists that security forces, in compliance with the National Action Plan, had sealed the establishments being run by the banned organisations.

The officials said that the hospital and the three dispensaries had been sealed while the administrative control of a seminary had been handed over to the Punjab government.

The security agencies also sealed seven shops and seized an ambulance during the crackdown in Rawalpindi.