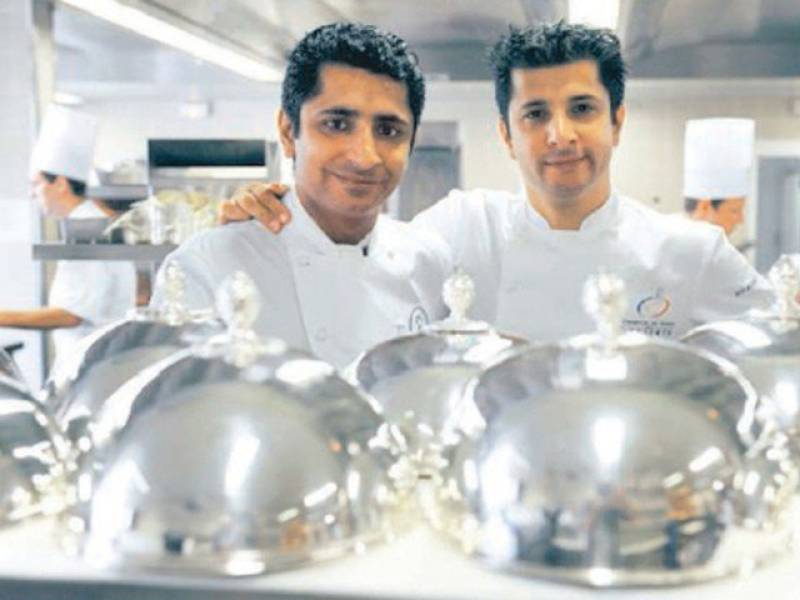 ISLAMABAD - Sylvestre and Jonathan Wahid, two famous names of French high gastronomy, are on their first visit to Pakistan after 35 years, on the invitation of Serena Hotels, with the support of the Embassy of France in Pakistan.

Both brothers were born in Khyber Pakhtunkhwa, Pakistan, in the 1970’s. This is the first time they return to Pakistan since their childhood. They arrived in southern France at the age of nine and seven, joining their father who had installed in Nîmes.

Speaking to journalists in the capital, Sylvestre said: “I have come to Pakistan after 35 years. Thirty-five years is a long time,” said Sylvestre, the older of the two brothers.

“I have childhood memories of Kohat and when we passed by Islamabad,” the chef said. Their father Abdul Wahid, was a chef as well. After relocating to France along with his family, Wahid had joined the French army and rose to manage the officer’s mess. When he put his children into a French school, he gave them French names. Hence Shahzad became Sylvestre and Jawad became Jonathan," he added.

Sylvestre Wahid is one of the most brilliant chefs in France today, identified as one of the rising stars in French gastronomy. He was just awarded the prestigious 2 stars by the Michelin Guide in his new Parisian restaurant, Sylvestre. Previously he had already earned two stars at Oustau de la Baumanière and worked in prestigious restaurants such as Plaza Athénée in Paris, Le Strato in Courchevel or Cheval Blanc in Nîmes, as well as in New York.

His younger brother, Jonathan Wahid is grand pastry chef. After working for six years in the most famous luxury hotel in Paris, hotel Ritz, Jonathan Wahid was awarded as Champion of France for Desserts in 2005. Jonathan Wahid has since opened his own hotel restaurant in the south of France together with his wife, the French Chef Fanny Rey. Their “Auberge de la Reine Jeanne” is awarded one star at the Michelin guide in 2017.