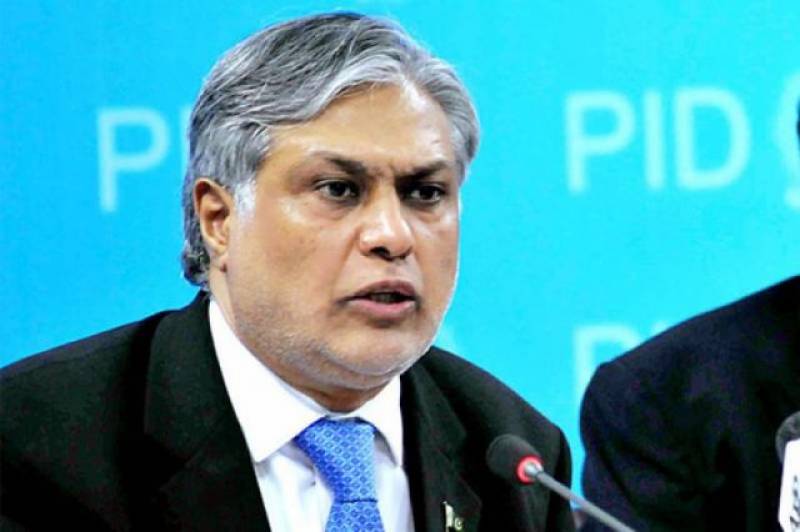 ISLAMABAD - In a major blow to embattled Senator-elect Ishaq Dar, Supreme Court of Pakistan ordered on Tuesday to suspend his Senate membership.

Chief Justice Mian Saqib Nisar issued the orders while hearing a petition, moved by Pakistan People’s Party (PPP) candidate Nawazish Pirzada, had requested the apex court to suspend the Lahore High Court judgment allowing Dar to contest the March 3 Senate elections. He was successfully elected to the Senate from Punjab on March 3, 2018, as an independent PML-N-backed candidate but is yet to be administered the oath.

The top judge, during the hearing, asked when Dar will appear before the court, to which, former finance minister's legal counsel Advocate Salman Aslam Butt replied that his client was ill.

During the last hearing on Monday, a medical report was submitted to the court, stating that Dar has been suffering from left arm and chest pains resulting from a spinal issue in his neck and may require surgery if his condition does not improve within a month.

The report, which was issued by the London Neurosurgery Partnership and dated April 26, has also had a cardiac problem and had to undergo an emergency stent implant in the past, Dawn News reported.

On April 24, the apex court had summoned former finance minister, assuring protective bail on his return.

On February 17, an appellate election tribunal of the LHC had granted Dar permission to contest Senate elections, setting aside an order of the returning officer (RO) who had rejected his nomination papers.

Dar has been out of the country since October last year on account of his medical treatment. He has since been declared a proclaimed offender in the corruption case filed against him by the National Accountability Bureau.