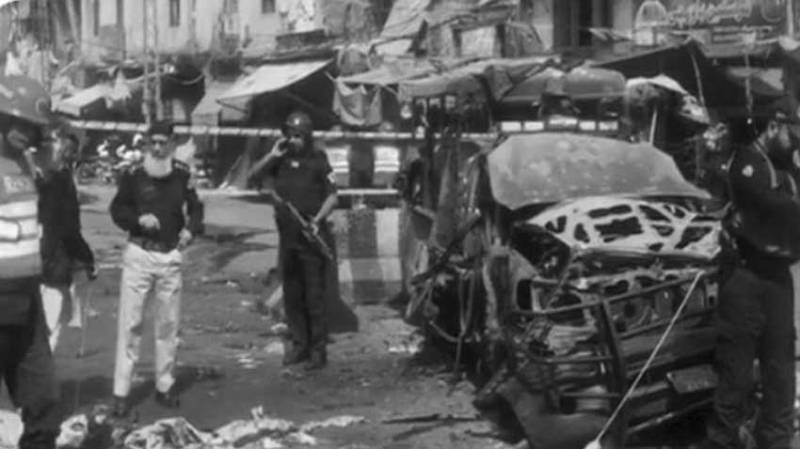 LAHORE - At least ten people, including four Punjab Police personnel, were martyred while 18 people were left injured in a suicide blast outside the Data Darbar, Lahore, on Wednesday morning.

According to media reports, the blast targeted a van of the elite force of the Punjab police on the main road near Bhatti Chowk. According to police officials four policemen, a security guard and five civilians were among the dead.

The police officials have confirmed that it was a suicide attack in which 7kg of explosives were used, adding that the attack targeted the police force.

The police arrived at the site, cordoned off the area and collected the evidence from the blast site.

According to Rescue 1122, injured have been shifted to Mayo Hospital, where four of them are said to be in critical condition.

The blast occurred around 8:45 am outside Gate number 2, where the cops were deployed for security.

Meanwhile, Prime Minister Imran Khan has strongly denounced the blast outside Data Darbar in Lahore and sought report from the authorities.

The prime minister commiserated with the bereaved families and directed the authorities concerned to provide the best possible medical treatment to those injured in the blast.

He has directed the authorities concerned to provide every possible medical treatment to those injured in the explosion.