Anon Advice: My husband is into wife swapping 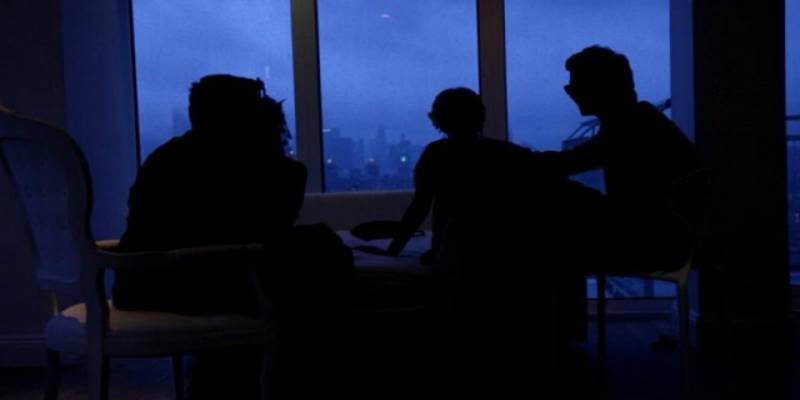 It seems like you've come in my life at just the moment I needed someone the most. The issue I have is the one I never imagined I would ever have to face. Its nature is such that I didn't even know these things exist.

I got married without rukhsati last year, and the rukhsati is planned for this December. I have very less time to decide and take action.

My husband and I have known each other since our early teens. Our parents are friends with each other since a long time. But my husband and I first came into contact when they moved to my city, and our parents and families started hanging out more. We got along well, though we couldn't be categorised as best friends or anything. Just that we met politely and had fun hanging out when we did, which was whenever our parents met or we all met at a mutual daawat (feast) or some event. He's well educated and now settled enough to keep a wife happy, responsible, good looking - just about everything one would look for in any average husband-to-be.

But my world crashed the day I found out he is into swinging / wife swapping. I'm beyond disgusted and shocked and hurt. He mentioned it so casually it took me a full ten minutes to register what he was even talking about, and then when it dawned on me that he thought I'd 'be cool with it', I was so shocked and disgusted that I literally jumped off my seat and away from him, trembling. I'm still shaking as my hands are typing this.

He says he is open to exploring sexuality, and he has no issues if I want to join him too and in fact, he'd love it. But he wouldn't stop just because I'm not into it. He considers having told me as permission enough. He even says that he's taken aback that he even has to lay this all out for me, because for him, it's revelation that I had no idea about any of this, and about his lifestyle and preferences.

How could I? This is the first time I'm hearing of any of this, let alone in a context that I'm the centre of! We never went on dates until after our nikah, never once did he do anything that made me uncomfortable, which means that despite being in his nikah, we hardly ever held hands or rested our heads on each other's shoulders and that is it. Never have I met any of his friends that give me any such vibes, if I failed to get any from him due to relationship bias, I should have at least gotten them from his friends right? Never have I ever seen him smoke or drink - as far as I knew he doesn't indulge in any of those things. But now I don't know what I know right and what I just believe because I took it for granted that life is supposed to be normal and these things happen in books and movies and to other people.

My world is shattering around me because I'm not this person, I'm not into this stuff, not only is it off religion, but even morally and ethically it is just like cheating, and it's disgusting, and it is dangerous. I can't imagine my life with such a partner or lifestyle.

My biggest issue is how to break off the marriage, with such less time left, after a year of nikah? How do I tell my parents the reason? He has clearly said he will deny if I tell anyone but that I am free to not marry him, that he's not forcing anything on me except my silence about his lifestyle. He also doesn't want to break it off himself because he has no reason to. I tried to tell him to pretend that he likes someone else but for some reason that is impossible. More impossible than me trying to break off my relationship without telling the truth.

My parents will not stop asking me what happened, what's the reason, and wont break anything off until they hear the reason.

And now im so shocked and scared of taking the next step, any step. I feel no matter what I do, I'll fail miserably, and cause my life to become even more of a failure than it currently seems to be.

Welcome to the real world where the demons of books and movies are in fact a sad reality that were previously dusted under the red rug named taboo. Newer generations are breaking stereotypes about what should and shouldn't be brought to light, about what the world really is versus what it is painted out to be, and whether things should remain this way or change. Call this your rude awakening but a lot of us grow up to a considerable age before we are smacked in the face by bitter truth such as Pakistan not being as pure and free of evil as we grew up believing. A lot of people maintain and would love to believe that these are sins of the West, when in reality, sins and sinners don't discriminate based on creed, country, race, colour etc.

Your issue is not such a big conundrum to figure out, as an outsider. It is more shock and after effects of a trauma, that are holding you back in a single chain of moments, disabling you from moving forward with a clear mind.

If you read your own query as a solution provider, you'll see that your answers are right there.

Without needing to shame another person for how they were made and what their struggles and life's tests may be, let's focus on you and how you can do the needful.

Since you seem the religious sort, I would advise acting all grown up, like you are - if you are grown up enough to be married you are now an adult, period - and just announce your decision, without giving anyone any explanations. This includes your parents beyond the point that you can not involve them in the truth if that is what you choose to do. As a couple, what happens between two people should ideally and religiously stay between them unless one of them is in need of serious help and support against the other. Two adults can take whatever decisions they want regarding their lives, and two adults in a relationship, legal or otherwise, can do anything with mutual consent. If you kept the right for divorce, just send him the papers, and let it be an announcement for all. This way, no one can stop you from doing the needful, and you won't be forced as much to reveal the reason after the fact. At least that's what chances are high of.

If you didn't keep the right for divorce, no worries again because your husband is not forcing you to remain in the marriage, so just tell him to send you the divorce deed in return for your silence. Sounds like blackmailing to some extent, but it's just stated matter of factly as to what needs to be the way forward, or what could be. I'm sure he won't object to this simple arrangement where you both shake hands, and work as a team out of this situation, and promise each other to do the needful for the other - you maintaining your silence about his secret, and him handing you the divorce deed as and when demanded. None of you have to give any explanations to anyone, and this is a pact you two could need to make to each other.

However, if these options are easy for your families to penetrate through, you could use the istikhara option. I don't mean perform an istikhara, I mean use the istikhara card: just tell everyone you performed istikhara because your heart wasn't content and it came out negative. If you haven't done one before, no one can question you on this. But it might get tricky since the nikah is already a year old as these cold feet will seem too sudden not to raise sufficient suspicion. (I'm not recommending performing an istikhara because I am assuming you want absolute and sure out, while an istikhara can tell you otherwise too. So do not do that if you don't foresee yourself being strong enough to stay).

Last resort, just get the deed done and announce and develop a thick skin. Be prepared though, for backlash, and have some cash and friends ready to have your back temporarily, if worse comes to worst. You will be able to do this when pressed with time, as you already are, and when you imagine yourself married to a man who cheats on you, admits it, and isn't willing to change.

Note: We are trying out this new section where our readers can anonymously seek advice from our expert, Ms. Anon. You can send your queries for Anon Advice section to submit@dailypakistan.com.pk, make sure you include “Anon Advice” in the subject of the email.

If readers have any recommendation or advice, they are encouraged to write in the comments section below.