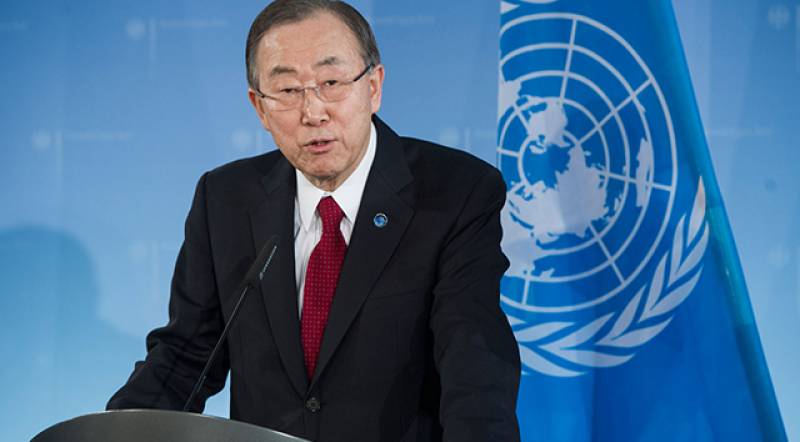 UN spokesman Stephane Dujarric, in a media briefing said, “United Nations is keeping a vigil eye on the escalation in tensions at LoC.”

“Ban Ki-moon has appealed Pakistan and India to resolve their all outstanding issues through dialogues,” the spokesman for the world body added.

On Monday, three Pakistani civilians were martyred and five others wounded in Indian shelling across the disputed border with Pakistan in the Himalayan region of Kashmir, Pakistani officials said, as frayed relations between the neighbours swelled.

Tensions erupted in September when 18 Indian soldiers were killed at an army base in Uri, IoK, in an attack Delhi blamed on Pakistan-based militants however, Pakistan gainsaid any such allegations.

Last week, both countries expelled each others' HC staffers and named a number of others as being involved in espionage.