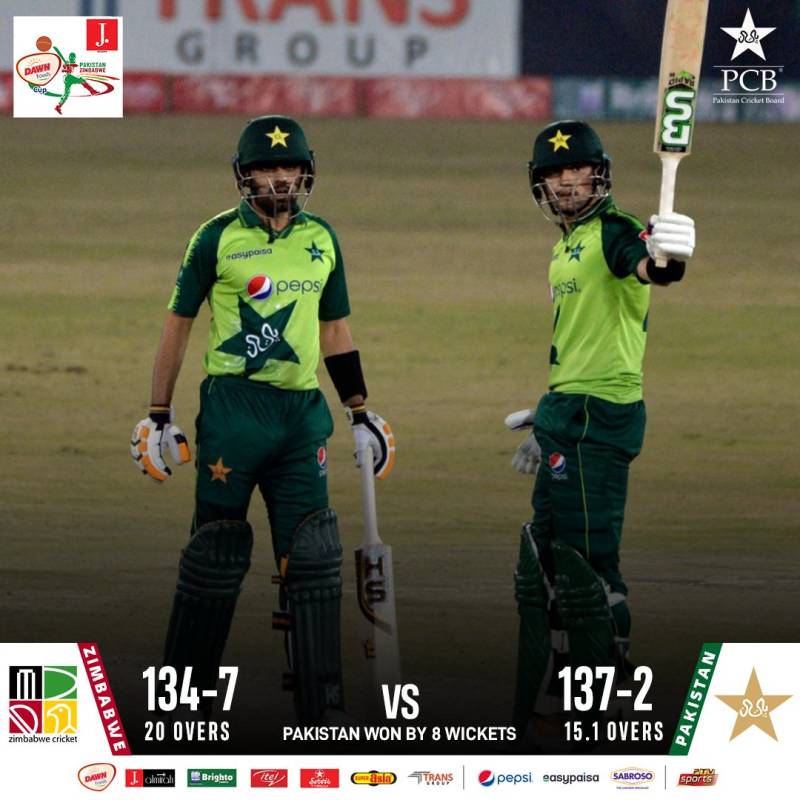 Pakistan thrashed Zimbabwe for the second straight day in Rawalpindi, beating the guests by eight wickets and 29 balls to spare in the second T20I to clinch the series 2-0 a match in advance.

Usman Qadir and Haris Rauf picked up three wickets each.

Haider was named the player of the match.

Earlier on Saturday Pakistan defeated Zimbabwe by six wickets in the first T20 match of the series played at Pindi Cricket Stadium. The third and final match will be played on 10 Nov (Tuesday) at 3:30pm.