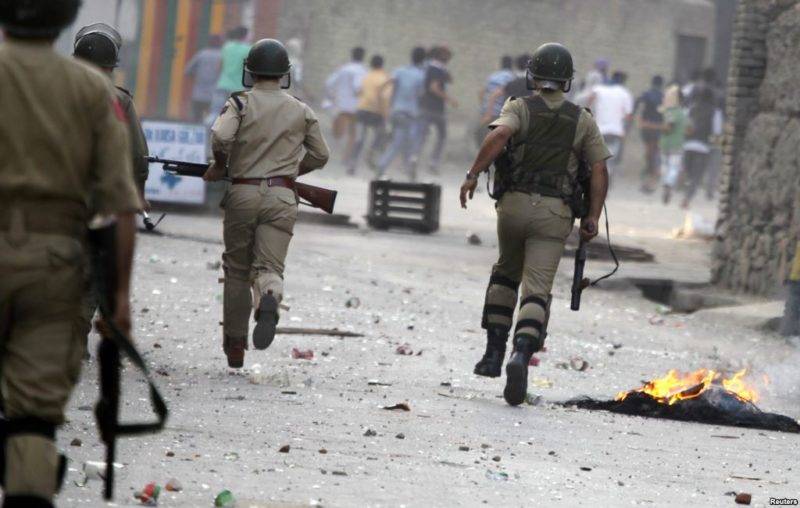 SRINAGAR - A 12-year-old boy who sustained injures after Indian forces fired pellet guns at protesters,  died after succumbing to serious injuries, raising the death to 110 in the ongoing Kashmir Intifada.

The death has sparked widespread anger in the city and a curfew has been imposed to quell more protests.

According to Kashmir Media Service, Junaid Ahmad, sustained head injuries when Indian forces fired pellets on peaceful protesters in Saidpora area of Srinagar, yesterday. However, Junaid was not part of the protests, police sources said.

Read More:Massive march towards UN office in occupied Kashmir to be held today

He was shifted to Soura Institute of Medical Sciences in Srinagar where he succumbed to his injuries early today morning.

"He was standing at the main gate of his home in the Saidpora area in downtown area of city when he was hit by a volley of pellets," said an official who did not want to be named.

Thousands of people took to the streets in protest against his death after his body was brought to his home, shouting slogans against the Indian occupation.

They marched towards the Martyrs’ Graveyard at Eidgah in Srinagar to offer his funeral prayers. They shouted high-pitched pro-freedom and anti-India slogans.

Indian police fired teargas shells on the funeral procession near Aali Masjid, injuring many people. The police action triggered massive clashes between the protesters and the police personnel.

Earlier on Thrusday, two young people were killed and several injured in an encounter with Indian forces at Langate in Handwara area of Kupwara district.

Meanwhile, Indian police during crackdown operations arrested around a hundred youth from different areas of the Kashmir Valley. 18 of those arrested belonged to Hajin area of Bandipora district and were taken into custody from Srinagar city during a nocturnal raid.

A massive march was also conducted on Friday in occupied Kashmir towards the UN office at Sonawar in Srinagar, to submit a memorandum regarding India’s recent attempts of creating war hysteria on the Line of Control to deflect world attention from the deteriorating human rights situation in the territory.