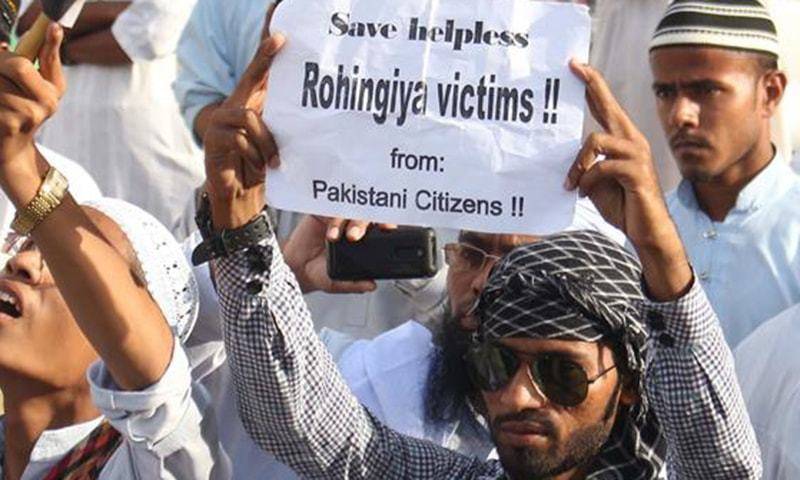 ISLAMABAD - Thousands of people Friday marched on Islamabad to protest the persecution of Rohingya Muslims in Myanmar, prompting the security forces to seal the most sensitive area of the federal capital, Red Zone.

Religious organisations, political parties, students and members of the civil society are holding a demonstration in the Aabpara area, demanding to march onto the diplomatic enclave and the removal of obstructions in their path. 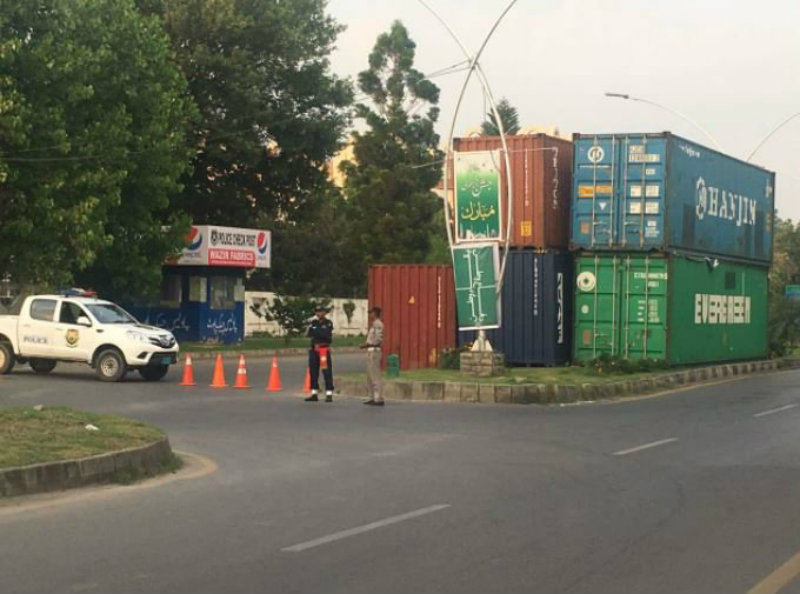 The main procession will be taken out by the Jamaat-e-Islami, whose chief Sirajul Haq is expected to lead the rally.

TEHRAN - Iranians on Friday staged rallies in Tehran and many other cities to express their outrage at the ongoing ...

On Thursday, the senator gives 24 hours deadline to the government to expel the ambassador of Myanmar otherwise his party workers would storm “red zone” in Islamabad.

“If the government does not expel Myanmar’s ambassador till Friday, our workers will cross the red zone,” a statement quoted Sirajul Haq as saying while addressing a function of women. 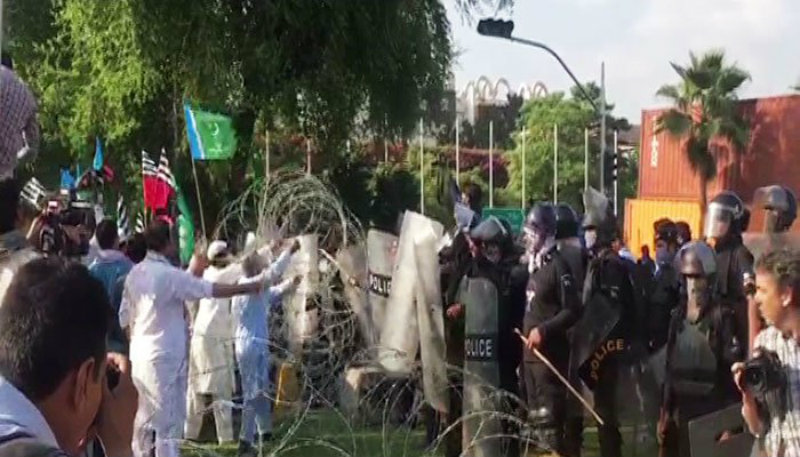 The capital’s administration blocked all entry routes into the Red Zone to avert any potential move by the rally’s participants to enter the Red Zone, which houses the Diplomatic Enclave as well.

Police have blocked the rally’s participants to further advance. Negotiations are ongoing between the local administration and the protestors.

Around 7,500 police personnel, including officials of Rangers and Frontier Constabulary, have been deputed in Red Zone.

Islamabad Traffic Police have issued a route plan to ensure that commuters of the twin cities are not disturbed as a result of the protest.

Interior Minister Ahsan Iqbal, in a statement, urged protesters to remain peaceful, saying the sanctity of the Red Zone should be respected.

"Pakistan’s standing in the world will be hurt in case of any incident of violence in the Red Zone," said Iqbal, adding that it is Pakistan's national duty to safeguard diplomatic missions.

Pakistan Awami Tehreek also plans to hold a rally over the issue in Lahore later in the day. The party will protest in front of the Lahore Press Club. 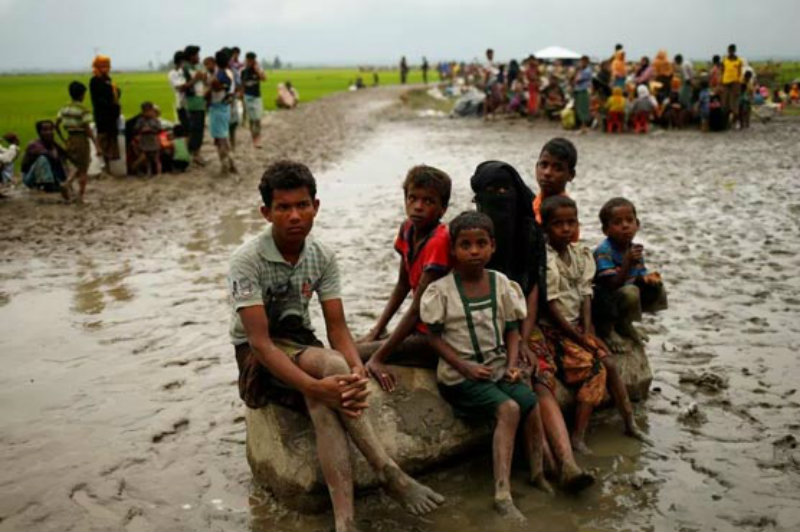 UN refugee agency says number of Rohingya refugees fleeing Myanmar into Bangladesh has jumped to about 270,000.

Nearly 150,000 Rohingya have arrived in Bangladesh since August 25, when insurgents of the Arakan Rohingya Salvation Army launched attacks on security forces in Rakhine State — where they reside.

The number of those killed is unclear, but in some estimates has crossed 1,000 people.

Myanmar does not recognise the 1.1 million Rohingya as citizens, labeling them illegal immigrants from Bangladesh.

On Thursday, the federal cabinet, which met in Islamabad with Prime Minister Shahid Khaqan Abbasi in the chair, passed a resolution condemning the persecution of Rohingya Muslims under the direct patronage of state institutions of Myanmar. 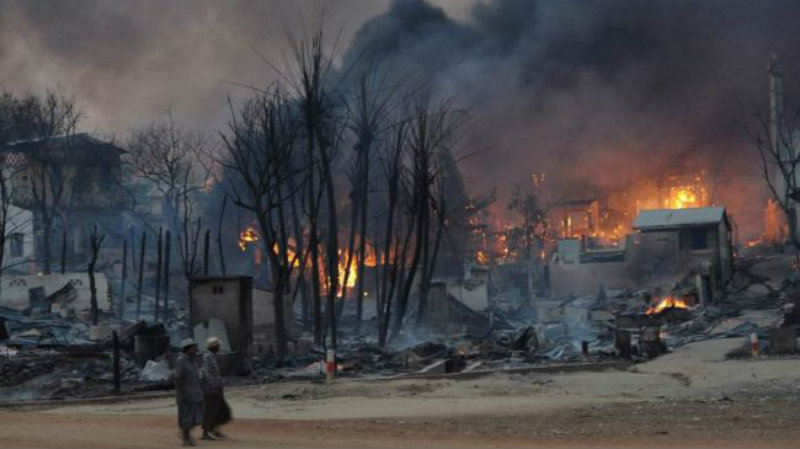 The resolution said brutal acts perpetrated against the unarmed civilian population not only constitute state terrorism, but also question the collective human conscience across nations and societies.

The resolution called upon Nobel laureate Aung San Suu Kyi to take immediate steps to stop the atrocities being committed in Myanmar where her party is in power.

It also called upon the United Nations to take the lead in stopping immediately the cold blooded and callous genocide of Rohingya Muslims.