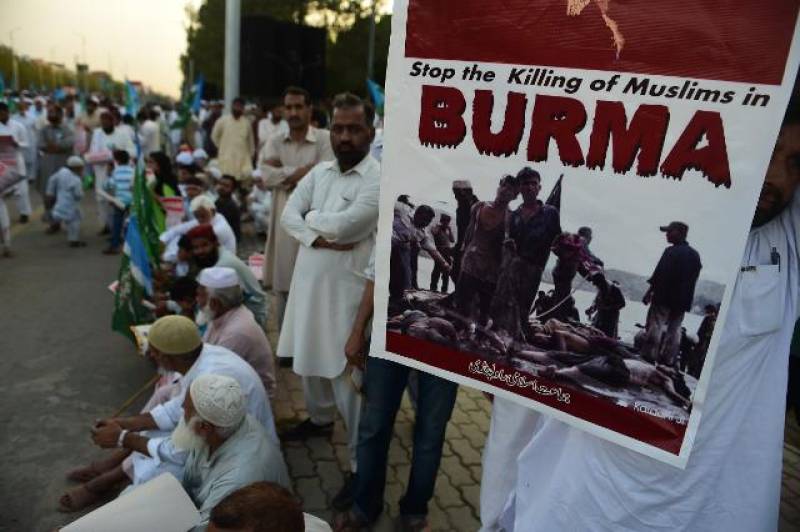 PESHAWAR - In the wake of Rohingya crises in Myanmar, Jamaat-e-Islami (JI) has set a deadline for the expulsion of Myanmar's ambassador from the country by tomorrow.

He said that a protest demonstration would be held outside the embassy of Myanmar to strongly protest the state-abetted genocide of Muslims in Myanmar.

Addressing the Youth Festival here JI chief Sirajul Haq said that the Myanmar army and security forces are carrying out a systematic genocide of 1.8 million Muslims in Myanmar. If the ambassador of Myanmar is not expelled by tomorrow a protest demonstration will be staged outside the embassy of Myanmar, he added.

“If the government does not expel Myanmar’s ambassador till Friday, our workers will cross the red zone,” he warned.

He said that JI had planned to stage a protest rally outside Myanmar embassy after Friday prayers to show solidarity with Rohingya Muslims, who were fleeing their country. He said that Interior Minister Ahsan Iqbal requested him not to cross the red zone.