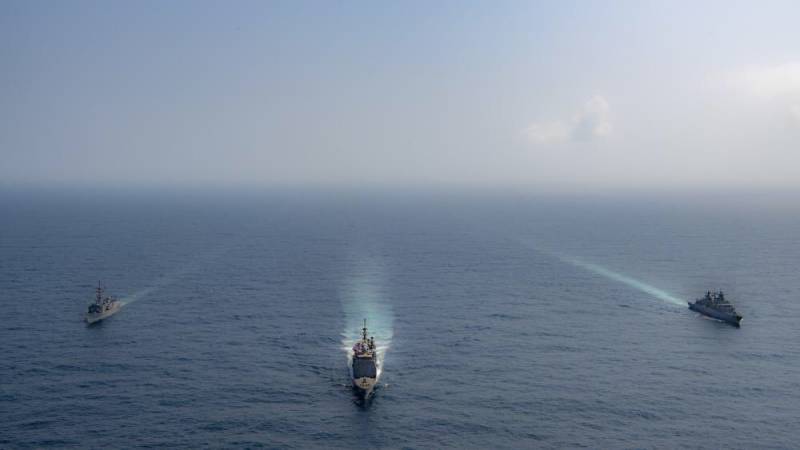 KARACHI – Pakistan, the US, and German naval forces conducted a trilateral passing exercise in the Arabian Sea to strengthen cooperation and advance a common vision to ensure peace and stability.

A communiqué issued in this regard cited that multiple ships from the partner nations, including the USS Shiloh, operated in close proximity to promote interoperability, share maritime knowledge, and improve maritime domain awareness.

ARABIAN SEA: U.S. Naval Ship Conducts trilateral Passing Exercise with Pak & German Navies. The training extended to a second day of bilateral training September 7 between Pakistan and the United States to continue building on the important and substantive collaboration. pic.twitter.com/7t9yjASaxp

The drills extended to the second day of bilateral training between Pakistan and the US to continue building on the important and substantive collaboration.

It further stated that US Consul General Mark Stroh boarded the USS Shiloh along with Pakistan Rear Admiral Jawad Ahmed, Commander, Pakistan Navy Western Command, based in Gwadar, and US Rear Admiral Will Pennington, Commanding Officer of the Strike Group, for the helicopter cross-deck landing portion of the event.

USS Shiloh is part of the Ronald Reagan Carrier Strike Group and is deployed to the US 5th Fleet in support of naval operations to ensure maritime stability and security in the Central Region.

Advanced maneuvers and communication drills flexing the crews’ abilities to operate together in a dynamic environment, refine combined command and control processes.

ISLAMABAD – The 56th anniversary of Navy Day is being observed today to pay tribute to the martyrs and ghazis of ...

Rear Admiral Will Pennington, commander, Carrier Strike Group 5 and Task Force 50 said “Today’s multi-domain operations demonstrate the capacity of the international rules-based system to advance a common vision ensuring peace and stability. The United States greatly appreciates the opportunity to hone our ability to operate with our partners together at sea.”