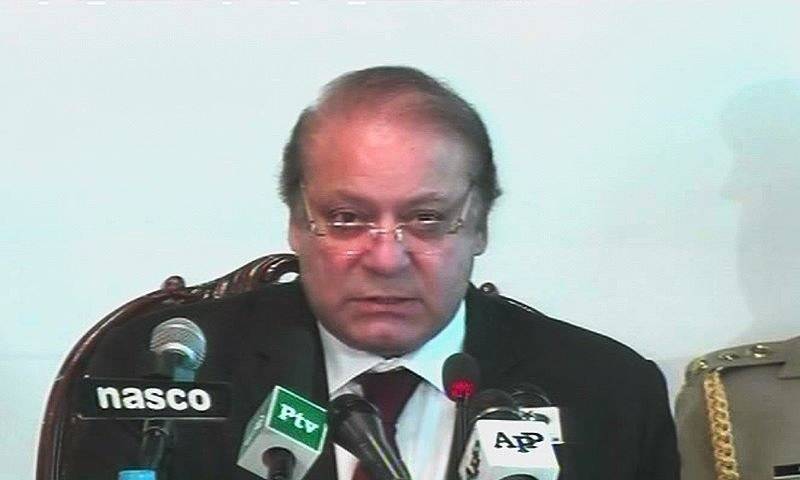 ISLAMABAD (Staff Report) - Prime Minister Nawaz Sharif Wednesday said the enemies of Afghanistan are enemies of Pakistan while calling for a collective approach to combat the menace of extremism and terrorism.

Addressing the inaugural session of 5th Heart of Asia-Istanbul Process ministerial conference in Islamabad along with Afghan President Ashraf Ghani, he said Afghanistan is more than a neighbor to Pakistan, as both the countries have historic cultural, religious affinities and brotherly ties.

He went on to sat that Pakistan will always stand by Afghanistan, international community respects the sovereignty and integrity of Afghanistan.

He said the democratically elected government in Afghanistan is the legitimate authority in the country.

"The enemies of Afghanistan are the enemies of Pakistan and the government will continue to support an Afghan led and Afghan owned peace process that remains the most viable option to promote stability and end violence," he added.

On the occasion Nawaz Sharif also called upon the international community to extend full support to Afghan peace efforts.

The Prime Minister said Pakistan is pursuing the policy of peaceful neighborhood as peace is vital for development and peace. Pakistan remains committed to strengthening its relations with all neighbors and regional countries as well as promoting regional cooperation and connectivity, he said.