PML-N must shift focus from targeting state institutions to next elections: Nisar 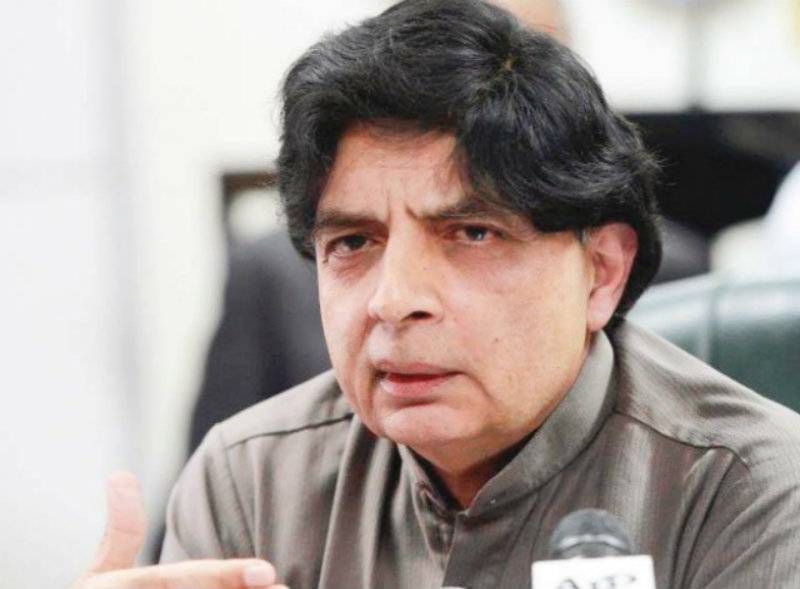 Talking to media in Taxila, the PML-N's enraged leaders said that the PML-N should not target the judiciary and army for no good reasons as such moves would not be in the interest of the party.

The former minister said that the chapter of sit-ins must be closed in order to put the country on the forward track.

Nisar further explained that he was not against the protests as they were part of the democracy. He added that the protests should interrupt the routine life in the country.

Referring to 2014 sit-ins, staged by Pakistan Tehreek-e-Insaf (PTI) and Pakistan Awami Tehreek (PAT), he said that Ministry of Interior was not read to grant permission for the sit-in, but then prime minister Nawaz Sharif allowed it by overruling him.

He said that the sit-ins staged during his tenure had been tackled efficiently.

In reply to a question regarding Awami Muslim League cheif Sheikh Rasheed, he said that such people should not be given importance who change their loyalties with every minute.