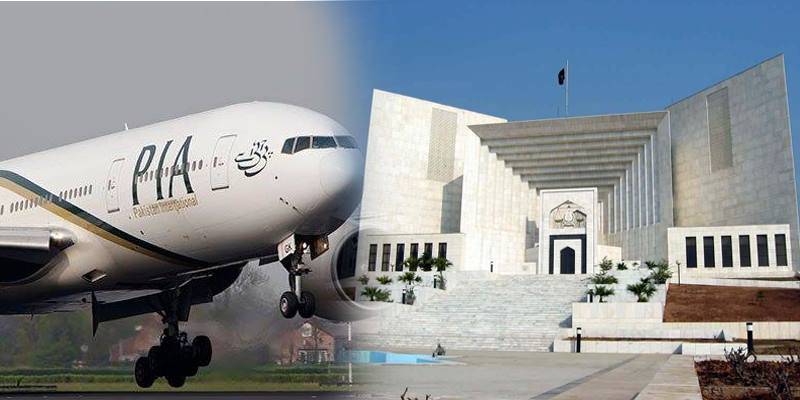 ISLAMABAD – The Supreme Court of Pakistan Wednesday ordered to suspend the licences of 16 pilots and 65 cabin crew members for holding fake degrees.

The decision was taken by a three-member bench of the apex court, headed by Chief Justice of Pakistan (CJP) Mian Saqib Nisar, during the hearing of the case relating to fake degrees of cabin crew members and pilots. The chief justice had taken notice of alleged appointment of pilots holding fake qualifications in January last year.

During the proceedings, the legal counsel of Civil Aviation Authority’s (CAA) informed the top court that all degrees have been verified except six of those belonging to the members who are currently out of the country.

The counsel for the national flag carrier said six foreign degrees remained unverified, while all others have been authenticated.

The CAA spokesperson confirmed that “degrees of 16 pilots and 65 cabin crew members were fake and their licenses have been suspended.”

“The impression is that action is being taken in haste over the court order,” the top judge remarked in response. “We do not want to halt anyone’s source of income. The certificates on the basis of which the licenses of pilots and cabin crew members were suspended should be accurate,” CJP Nisar further observed.

LAHORE - An interim report submitted by the Civil Aviation Authority (CAA) to the Supreme Court revealed that around ...

A pilot, present in the courtroom, claimed that his degree is not fake but the license was still suspended.

PIA’s counsel, however, maintained that the pilot’s graduate degree was not authentic and that was the basis of his removal from service

On the other hand, the aviation’s authority explained that “pilots have the right to appeal after their licenses are suspended.”

Also, the top judge remarked “if anyone has any issues then they should approach the relevant forum.”

Declaring that degrees of 16 pilots and 65 cabin crew members belonging to all local airlines turned out to be fake and their licenses were suspended, the court disposed of the case.