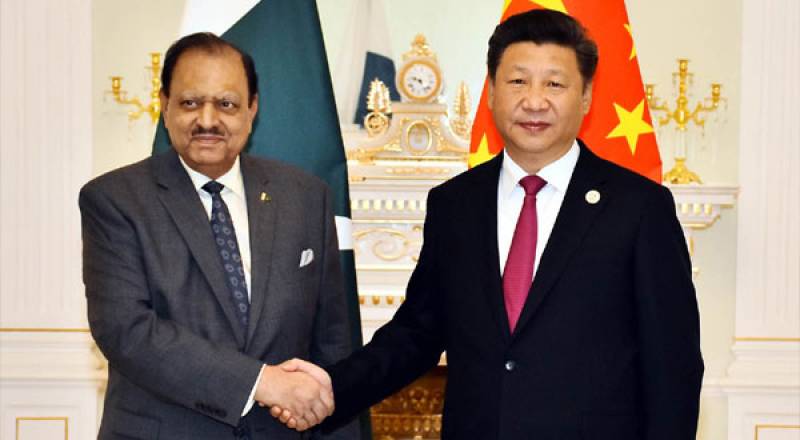 BEIJING - President Mamnoon Hussain held a bilateral meeting with his Chinese counterpart Xi Jinping on Saturday on the sidelines of SCO Summit in Chinese city Qingdao.

Matters pertaining to bilateral relations between Pakistan and China came under discussion during the 18th Shanghai Cooperation Organisation (SCO) Council of Heads of State meeting. They also discussed the regional security situation and global issues.

President Mamnoon congratulated President Xi Jinping on his re-election as President of People’s Republic of China and General Secretary of Communist Party of China (CPC).

He also felicitated his Chinese counterpart on the successful conduct of SCO Summit in China.

On the occasion, President Mamnoon said that Pakistan supported the Chinese chairmanship of SCO and appreciated the various initiatives proposed by China in the organization during the last year.

President Xi Jinping appreciated Pakistan for its proactive participation in SCO since becoming a member.

The President said that China Pakistan Economic Corridor was an important part of Belt and Road Project.

The Chinese President welcomed Pakistan's representation in the Organization as a member.

President Xi also appreciated Pakistan’s efforts in fighting terrorism and its role in peace and stability in Afghanistan and the region. The two leaders also agreed to continue close coordination and cooperation on all issues of mutual interest.