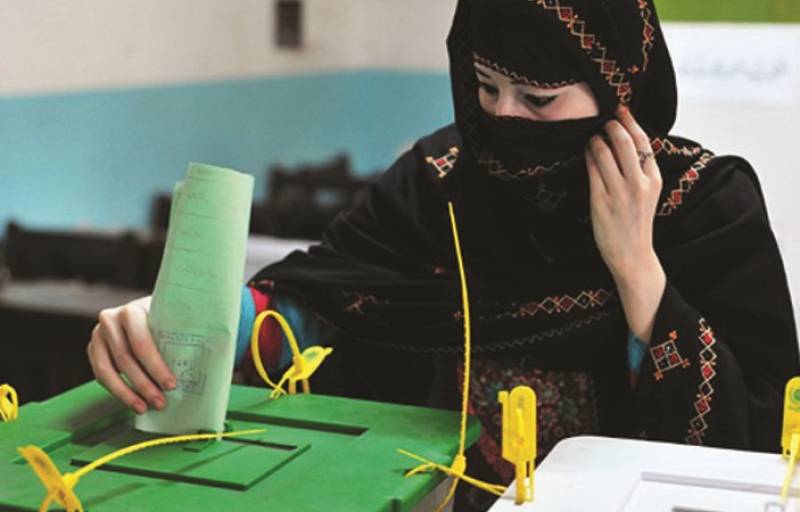 PESHAWAR - The Pakistan Tehreek-e-Insaf-led Khyber Pakhtunkhwa government has requested the Election Commission of Pakistan (ECP) to postpone the first-ever provincial assembly elections to be held in the erstwhile Federally Administered Tribal Areas (Fata) for 20 days.

The ECP had issued a notification on May 6 announcing the schedule for the provincial assembly elections according to which polls were scheduled on July 2.

However, KP Home and Tribal Affairs Department to the ECP secretary stated on June 3 that the current unwarranted situation and threats of [a] serious nature from across the border and some developments within [the] newly merged districts 'may sabotage the whole process of holding forthcoming elections'. 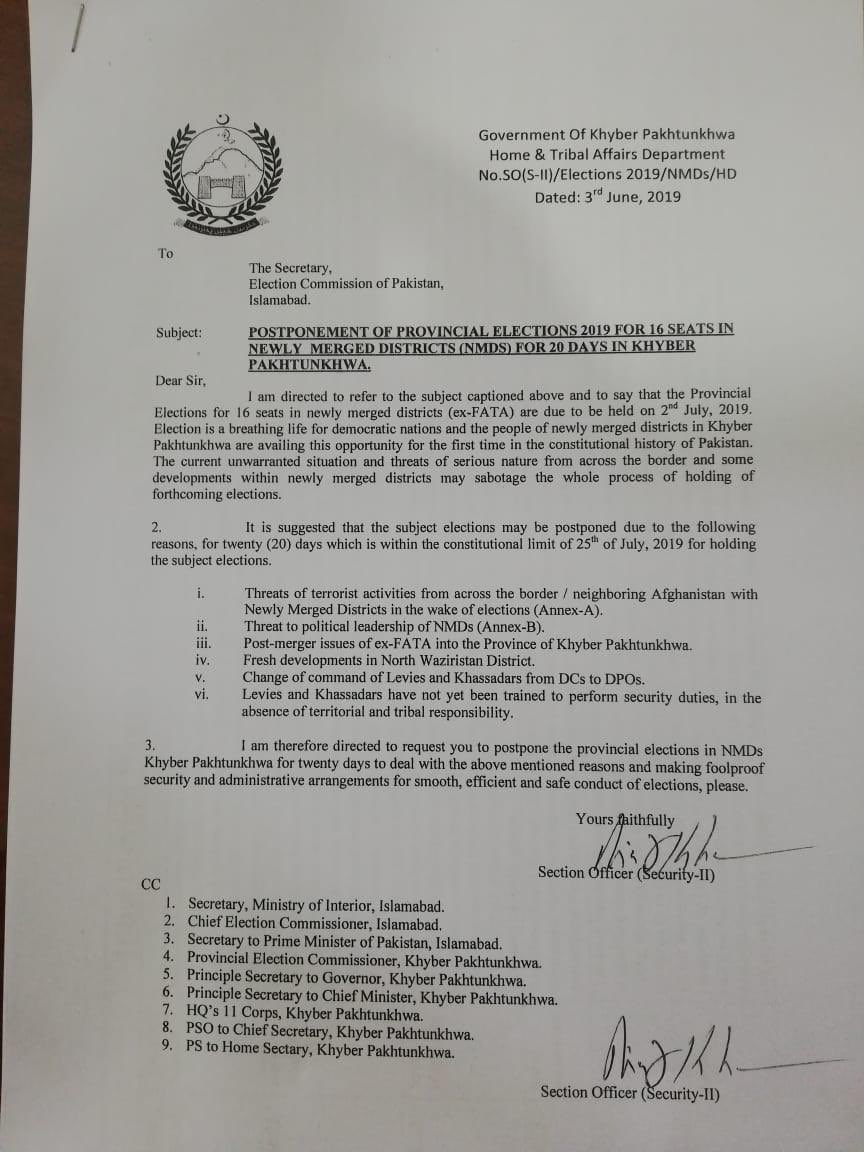 The regime cited reasons including threats of terrorist activities from across the border/neighbouring Afghanistan with newly merged districts (NMDs), threat to political leadership of NMDs, post-merger issues of ex-Fata into KP, fresh developments in North Waziristan, change of command of Levies and Khasadar personnel from deputy commissioners to district police officers.

Moreover, it has also ben stated that Levies and Khassadars have not yet been trained to perform security duties in the absence of territorial and tribal responsibilities, Dawn News reported.

ISLAMABAD - Prime Minister Imran Khan Saturday said the development of the merged tribal areas was the top priority of ...

"I am therefore directed to request you to postpone the provincial elections in NMDs Khyber Pakhtunkhwa for 20 days to deal with [the] above mentioned reasons and making foolproof security and administrative arrangements for smooth, efficient and safe conduct of elections," a letter bearing signs of a section officer in the department, stated.

Postponing the July 2 polls for 20 days lies within the constitutional limit of July 25, however, the ECP would issue a final statement in this regard.

Just a day earlier, Prime Minister Imran Khan had said the development of the merged tribal areas was the top priority of the government which was focusing upon provision of health, education and other facilities, besides law and order situation in these areas.

Lauding immense sacrifices of the residents of erstwhile tribal areas for the solidarity of the country, the prime minister said the government was specially focusing upon the social and economic uplift of these areas, so as to improve the living standard of their residents and bring it at par with rest of the country.