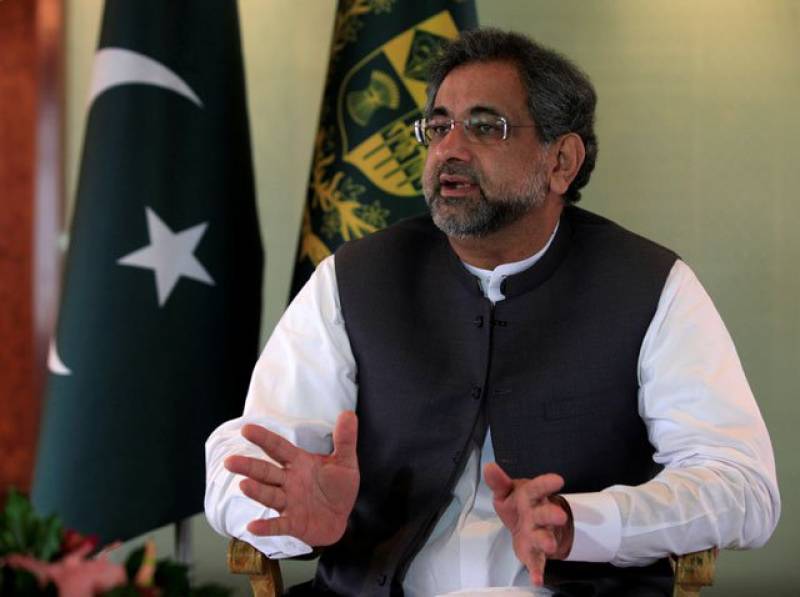 Addressing the National Assembly on Wednesday, the premier asked the House to constitute a committee which would summon the NAB chairman and investigate the allegations regarding the transfer of $4.9 billion to India, as revealed by the anti-corruption body, a day earlier.

The premier in his rare outburst alleged that the institution had overstepped its domain adding that the country will not function if the institutions will work in this fashion.

“It is our right and obligation to discuss such issues in the Parliament. The truth should be brought out before the people,” he declared.

Abbasi also pointed out that the National Assembly still has time to amend the NAB laws.

He also mentioned the graft-cases currently being heard by the accountability court in Islamabad, saying they (PML-N) was not expecting justice.

The National Accountability Bureau announced on Tuesday that it was verifying the allegations of money laundering by former premier Nawaz Sharif to India.

In its press release, the accountability watchdog confirmed that the allegation was bolstered by World Bank’s Migration and Remittance Book 2016.

The World Bank has refused the claims ascertained to the monetary institute by the anti-corruption body, terming them false.

“In the past day, there have been media reports citing the World Bank’s Remittances and Migration Report of 2016. These media reports were incorrect,” read a press release issued by the bank.

The WB in the press release also referred to a statement by the State Bank of Pakistan (SBP), issued in 2016, which rejected estimates of US$4.9 billion remittances from Pakistan to India.

The central bank refuting the $4.9 billion remittances figure provided an explanation of the methodology used in the World Bank report and the official remittances numbers.