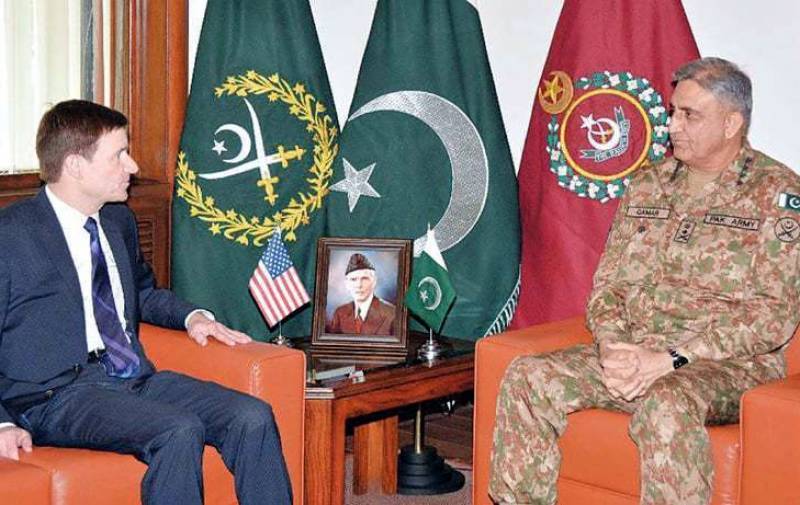 RAWALPINDI - US Ambassador to Pakistan David Hale called on Chief of Army Staff General Qamar Javed Bajwa at GHQ in Rawalpindi on Thursday.

During the meeting, bilateral and regional security issues were discussed.

Hale had earlier called on the COAS in August and said that the US values Pakistan's role in the war against terror and seeks cooperation from Pakistan to resolve the Afghan issue.

General Bajwa, during the meeting, had emphasised that peace in Afghanistan was important for Pakistan as for any other country and Pakistan had done a lot towards that end.

The COAS had stated that Pakistan shall keep on doing its best; not to appease anyone but in line with Pakistan's national interest and national policy, the ISPR stated in a press release.

According to ISPR, the commander appreciated Pakistan Army's professionalism and achievements in the war against terrorism.