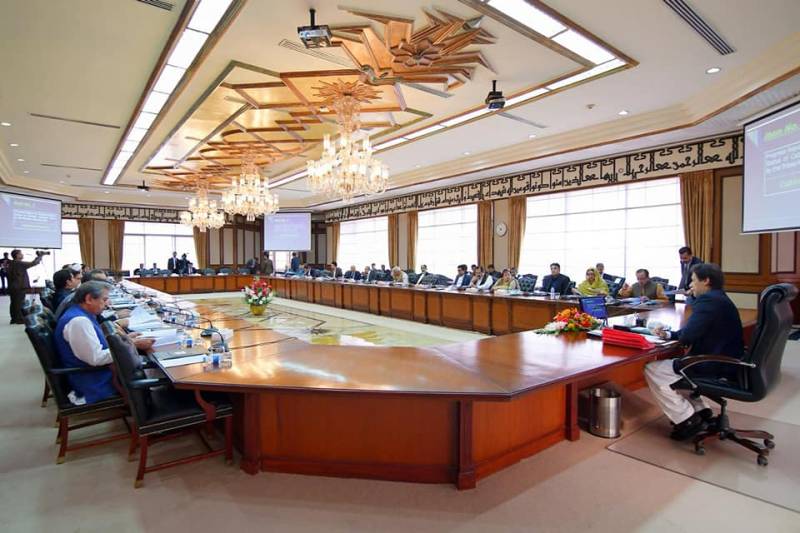 ISLAMABAD - Prime Minister Imran Khan's cabinet has approved an agreement pertaining to the exchange of prisoners with the United Kingdom.

The green signal to the pact was given in a session of the federal cabinet on Thursday where 21-point agenda was approved besides discussing several issues of the country. It also reviewed the implementation of its decision taken in previous sessions.

The approval for the agreement with the UK came after Special Assistant to the Prime Minister on Accountability Shahzad Akbar visited Britain last month and called of British Home Secretary Sajid Javid in London.

Among other decisions taken at the meeting one is pertaining to a ban on the medical treatment of federal ministers and senior government officials abroad at the government’s expense. The ban on treatment abroad will also be applied to senior officials, advisers, and federal secretaries.

During the meeting, Prime Minister Imran Khan also took the federal cabinet into confidence regarding his maiden official visit to China as well as a trip to Saudi Arabia.

The PM termed the visit to China and Saudi Arabia successful and quite conducive for dealing with balance-of-payment crisis.

In the meeting, Finance Minister Asad Umar gave a briefing on the agreements inked with China during the recent visit.

PM Imran also approved a summary empowering the Federal Board of Revenue (FBR) to issue a tax directory. The bureau will publish a separate tax directory for members of the parliament.