How Many Chinese Yuans Do We Need Anyway? 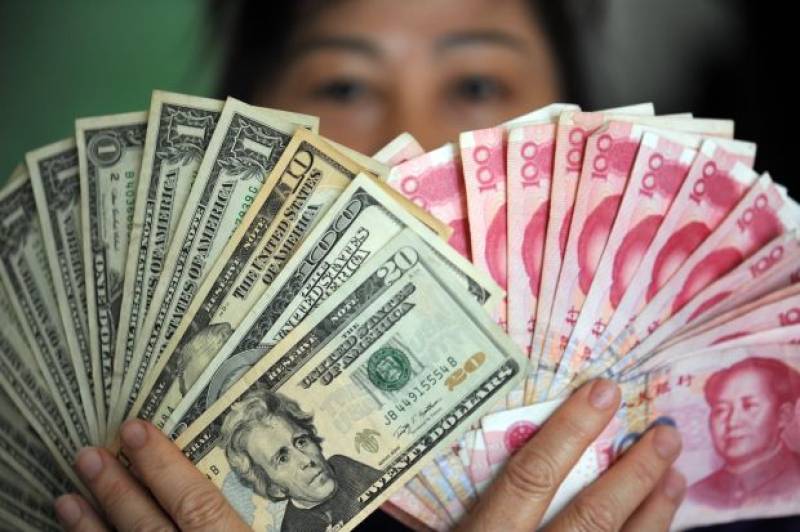 Every few months there is chatter regarding how Pakistan and China can trade with each other in either Yuan (CNY), or Pakistani Rupee (PKR), while ditching the U.S. Dollar in the process. Recent visit of Prime Minister to China also reiterated the same.  As China is one of Pakistan’s largest trade partners, it just makes more intuitive sense to make or receive payments in CNY or PKR, rather than USD.

Newspaper reports, tweets, and flashy breaking news animations aside, the reality is much more complex than this.  Pakistan has had a Currency Swap Arrangement with China since 2011 – which has barely been utilized.  In essence, the ability to trade in CNY has always been there, but it has barely been utilized.  This space will attempt to explain the nuts and bolts of what trading in CNY entails, and why CNY may not replace USD as the primary currency for settlement of trades with China.

During FY18*, exports of Pakistan to China amounted to roughly USD 1.75 billion, whereas imports from China to Pakistan were at USD 11.47 billion. The trade deficit between Pakistan & China is estimated to be USD 9.72 billion, which is 31 percent of our total trade deficit. The argument goes that if such bilateral Sino-Pak trade can be settled in either CNY or PKR, then our need for USD will drastically reduce, hence averting a Current Account Deficit crisis in future.  At prevailing CNY-USD exchange rate, our trade deficit with China would be CNY 67 billion for FY18.

Like always, there is a catch – in order to make payments for Chinese imports in CNY, Pakistan needs to have reserves of CNY as well.  But why don’t we have reserves of CNY in the first place? Because most of the funds that flow into Pakistan are in USD, whether it be remittances or export receipts.  When we export something, we mostly get paid in USD or any other major currency, but rarely in CNY.  Similarly, when an expatriate Pakistani sends money back home, that is mostly in USD as well.  Since most inflows are in USD, it is no surprise that Foreign Exchange Reserves of Pakistan are also largely USD based.

Considering how Pakistan’s exports to China only constitute 15 percent of imports from China, even if all of the exports are settled in CNY – the amount available will still not be sufficient to settle even a majority of import payments in CNY.

In scenarios where trading partners decide to settle trades in their own currencies, a currency swap arrangement is often very useful.  In a Currency Swap Arrangement between Pakistan and China, which has been in existence since 2011, State Bank of Pakistan (SBP) will borrow CNY from People’s Bank of China (PBoC) – while the latter may borrow PKR from former vice versa, for a specific period of time.

The arrangement has a notional value of CNY 10 billion, which means SBP can borrow up to CNY 10 billion from PBoC. This solves the problem of not having adequate reserves of CNY to a certain extent, as SBP may borrow CNY from PBoC, if there is a demand.  It may be noted here that such a facility has rarely been utilized, mainly due to the reluctance of buyers and sellers in both countries, and the relentless comfort that USD provides to traders everywhere.

Even if we fully utilize available currency swap arrangements, and somehow buyers and sellers on both sides are comfortable in trading in CNY – we can only bridge up to 15 percent of trade deficit for FY18.

These are instruments through which institutions or sovereigns can borrow in CNY.  Just like Pakistan issues Eurobonds to borrow USD, it can also look into issuing Panda Bonds to borrow CNY – which can then be used to shore up CNY reserves, and make payments in CNY on Chinese imports.  However, the Panda Bond market is very small, and even if Pakistan is able to borrow up to USD 1 billion (c. CNY 6.9 billion) in Panda Bonds, it will be a great achievement.   Nonetheless, it remains a tool which policymakers can use when the timing is appropriate.

It is too early to say this, particularly in the context of Pakistan.  CNY is not dethroning USD as the dominant currency for trade anytime soon.  Populist mantra and headlines aside, even if we can completely utilize our currency swap agreement with China, and convert even 20 percent of our USD based trade deficit with China into CNY over the next two years, it will be a colossal achievement.  Bold promises and audacious goals are a hallmark of every government’s inaugural visit to Beijing – how much of that translates into reality is anyone’s guess.

As detailed above, such arrangements have been made every now and then over the years, but have rarely delivered.  It remains to be seen what direction the incumbent government takes in addressing a chronic deficit issue, beyond all the recycled pomp, and tweets.