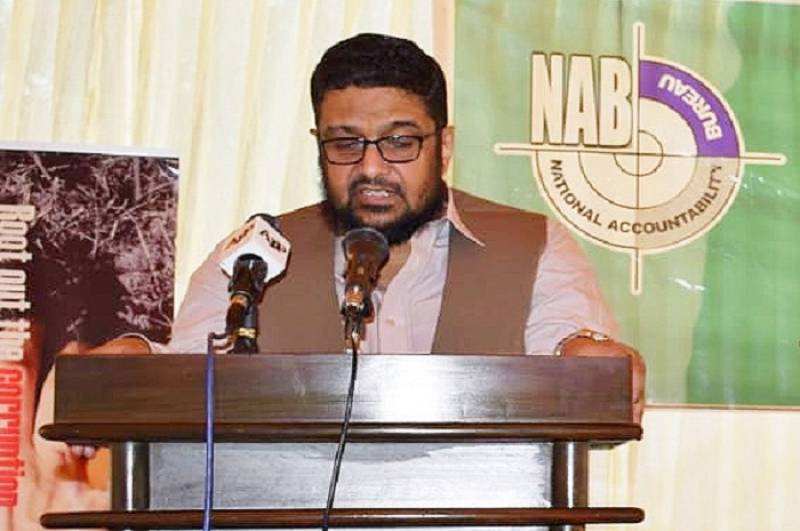 A three-member bench would hear the case on November 12 on a petition filed by a citizen amid concerns that the official had secured a 'fake' degree.

Earlier during a TV show on Thursday, it was alleged that the official did not obtain No Objection Certificate (NOC) from his department before applying for the degree.

It was also alleged that the text on Salim Shehzad’s degree was in Calibri font and the degree dates back to year 2002 while Calibri font was not introduced at that time.

Meanwhile, on Friday, opposition parties heaped scorn on the NAB official for conducting a media trial of politicians and submitted a privilege motion in the National Assembly. 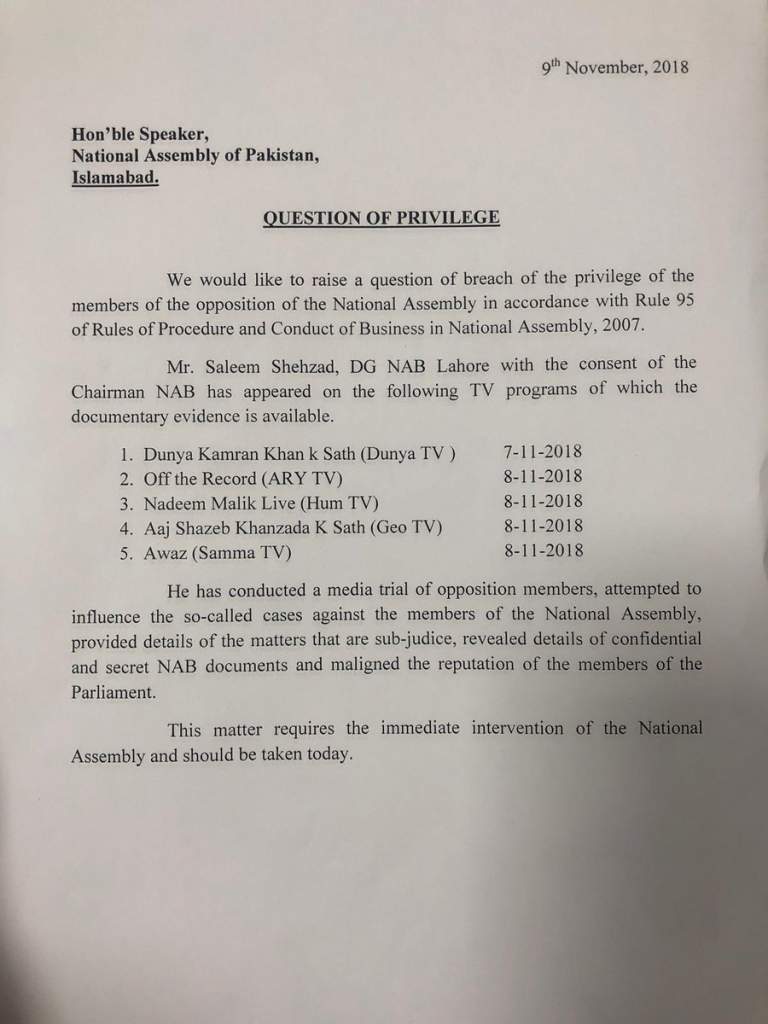 PML-N leader Marriyum Aurangzeb said the PPP had “joined the privilege motion moved by PML-N in writing”. She added that the rest of the opposition parties had also supported the motion, signed by Leader of Opposition in the National Assembly, Shahbaz Sharif.

The motion stated that DG NAB Lahore Saleem Shahzad had given interviews to multiple news channels “with the consent” of the NAB chairman. The NAB Lahore DG “provided details of the matters that are sub-judice” and “maligned the reputation” of opposition members in the National Assembly, the motion said.